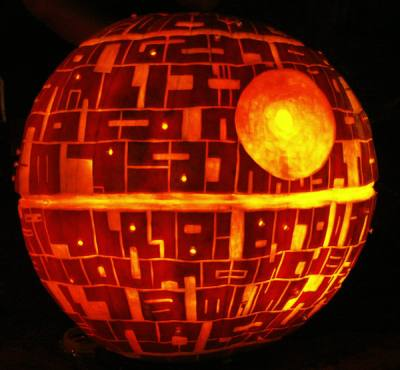 It’s been a while since I’ve done anything special for Hallowe’en, but I enjoy acknowledging it because it drives the Religious Reich crazy.

The Sun-Sentinel has a collection of some of the greatest drag roles of all time…and that doesn’t include Rudy Giuliani or this hapless Republican state representative from Washington who was being blackmailed after hooking up with someone. (When this guy says “trick or treat,” he means it.)

That leads to the inevitable question:

Some people get creative and go all out. When I lived in Boulder in the early 1980’s, Hallowe’en Night on the Pearl Street Mall became wall-to-wall costumes, some of them amazingly creative, not to mention risque; I remember vividly a couple of frat boys took some pink foam rubber and turned themselves into six-foot penises. The most I ever did was raid the costume shop at the CU Theatre with some friends, absconding with some hooded robes and leering masks; we went around as monks telling people we were members of the Order of the Holy Fuck.

Today, the only costume I have in my closet is my cap and gown, complete with my doctoral hood, so that I can masquerade as a theatre scholar.