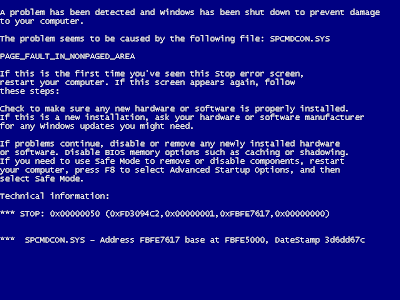 Thanks to a broken laptop computer, Oral Roberts University is finding itself in trouble for misappropriation of funds, improper use of university assets, and lavish personal spending by the school’s president, Richard Roberts, son of the founder, now-retired evangelist Oral Roberts.

It has all the makings of the Jim and Tammy Faye Bakker scandal of the 1980’s, plus a nod to the hijinks of Congressman Mark Foley with late-night cellphone text messaging to “underage males” by Mr. Roberts’s wife.

Richard Roberts is accused of illegal involvement in a local political campaign and lavish spending at donors’ expense, including numerous home remodeling projects, use of the university jet for his daughter’s senior trip to the Bahamas, and a red Mercedes convertible and a Lexus SUV for his wife, Lindsay.

She is accused of dropping tens of thousands of dollars on clothes, awarding nonacademic scholarships to friends of her children and sending scores of text messages on university-issued cell phones to people described in the lawsuit as “underage males.”

The allegations are contained in a lawsuit filed Tuesday by three former professors. They sued ORU and Roberts, alleging they were wrongfully dismissed after reporting the school’s involvement in a local political race.

Richard Roberts, according to the suit, asked a professor in 2005 to use his students and university resources to aid a county commissioner’s bid for Tulsa mayor. Such involvement would violate state and federal law because of the university’s nonprofit status. Up to 50 students are alleged to have worked on the campaign.

The professors also said their dismissals came after they turned over to the board of regents a copy of a report documenting moral and ethical lapses on the part of Roberts and his family. The internal document was prepared by Stephanie Cantese, Richard Roberts’ sister-in-law, according to the lawsuit.

An ORU student repairing Cantese’s laptop discovered the document and later provided a copy to one of the professors.

It details dozens of alleged instances of misconduct. Among them:

• A longtime maintenance employee was fired so that an underage male friend of Mrs. Roberts could have his position.

• Mrs. Roberts — who is a member of the board of regents and is referred to as ORU’s “first lady” on the university’s Web site — frequently had cell-phone bills of more than $800 per month, with hundreds of text messages sent between 1 a.m. to 3 a.m. to “underage males who had been provided phones at university expense.”

• The university jet was used to take one daughter and several friends on a senior trip to Orlando, Fla., and the Bahamas. The $29,411 trip was billed to the ministry as an “evangelistic function of the president.”

• Mrs. Roberts spent more than $39,000 at one Chico’s clothing store alone in less than a year, and had other accounts in Texas and California. She also repeatedly said, “As long as I wear it once on TV, we can charge it off.” The document cites inconsistencies in clothing purchases and actual usage on TV.

• Mrs. Roberts was given a white Lexus SUV and a red Mercedes convertible by ministry donors.

• University and ministry employees are regularly summoned to the Roberts’ home to do the daughters’ homework.

• The university and ministry maintain a stable of horses for exclusive use by the Roberts’ children.

• The Roberts’ home has been remodeled 11 times in the past 14 years.

This isn’t the first time Oral Roberts University has been in the news. Twenty years ago, the senior Rev. Roberts told the world that unless he raised $8 million, God would “call him home.” It apparently worked…the university is still in business… for now. (I also remember there was a groundswell of waggish commentary wondering how much would be needed to be raised to send Mr. Roberts on his journey home.)

How ironic is it that this all happened because God called a laptop computer home. Who says that technology doesn’t improve the world? And if this means the end of yet another charlatan’s empire, three cheers for the Blue Screen of Death.

HT to Brian for the tip to the story.