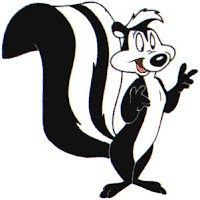 Rule Number One: if you pick a fight with a skunk, prepare to get sprayed. The Democrats took on Rush Limbaugh for his “phony soldiers” comment, and of course the guy with the biggest microphone rallied the Orcosphere to his defense.

This is the next chapter in the posturing war between people who are trying to display the most outrage. The righties have the advantage because they are experts at playing the victim, and as they’ve proved so well in the past, when it comes to manufacturing outrage and blustering defenses of the indefensible, they have no peer. But that is what they do best — they’ve spent the last twenty years perfecting this talent — and so the Democrats had better be prepared to get it back in full force, banshees screeches and all. Senate resolutions and letters to the president of Limbaugh’s network are no match for the self-righteous crocodile tears of a bully who gets bullied back.

I have to admire the Democrats for taking him on; it takes guts to poke a sharp stick at the skunk in the trash can. Now I just wish they would do the same for the battle that really matters — bringing an end to the war. The one in Iraq, that is.