Would you buy a used campaign from Fred Thompson?

Some Republican House members are having buyer’s remorse about the new model. 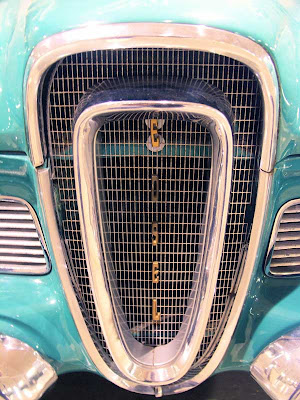 “I think he’s kind of done a belly flop,” said an estranged Thompson backer who indicated he will not pull his public support before the “Super Tuesday” primaries. “We’ll just wait till after Feb. 5 because I think he’s going to get beat.”

The disaffected members of team Thompson say he has failed to put to rest whispers that he is unwilling to campaign hard enough to win the presidency.

“He seems to be perpetuating it instead of defeating it,” another dissatisfied Thompson backer said. “I can’t see me bailing on him, but there’s some frustration.”

Not unlike the iconic disaster that made its big premiere fifty years ago, there was a lot of anticipation and excitement about the impending candidacy of Fred Thompson: he would be a breath of fresh air, something entirely new, who would unite the party behind the true new message of the GOP and save them from certain doom… only to find out that he was just another white guy with the same old tired ideas, the same fear mongering, and even the same folksy shtick that Bush used in 2000… and that segment of the market already had Mike Huckabee. And like the new/old car, he was slow off the starting line, had some mechanical glitches, and didn’t really fit into the market.

It took Ford two years to finally pull the plug on the Edsel. That’s a short run in the auto business. Mercifully in politics, it takes a lot less time. I’m guessing that by the middle of February, Mr. Thompson will be heading back to his acting career…just in time to cross the picket line of the Writer’s Guild.