As noted earlier, today was the first day of the Art Deco Festival on Miami Beach. Bob and I got there at 8:00 to set up and enjoyed the early morning quiet on Ocean Drive surrounded by the beautifully restored grace and style of the art deco hotels. 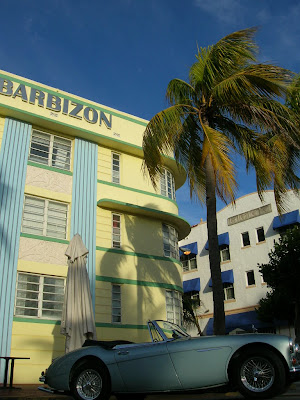 As the cars arrived and the festivities began, I got a chance to take a look at some of the more exotic cars that showed up, including this 1934 Rolls Royce that seems to epitomize the luxury of the Art Deco era. Even though its elegant styling is in sharp contrast to the steel and chrome and simple lines of the Art Deco form, it’s very easy to imagine this car gliding up to the front door of any of these hotels in 1934 and seeing the liveried chauffeur open the door for the passengers. 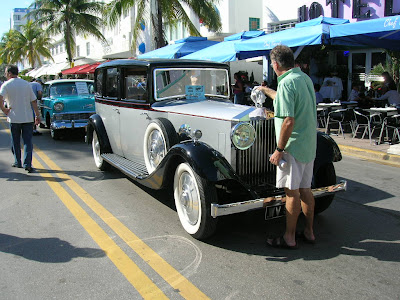 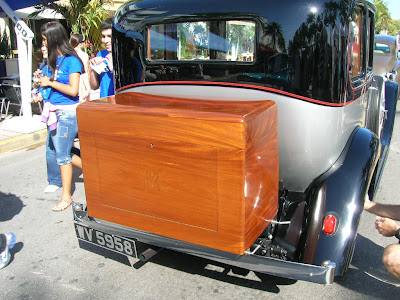 Even the trunk is a work of art.
We also had a few classic motorcycles, including this Royal Enfield. 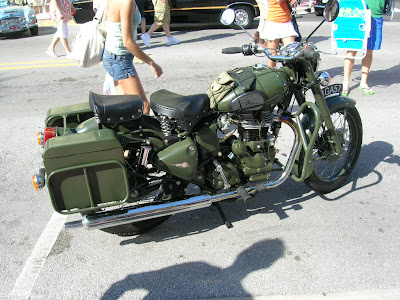 Its owner posed with the Art Deco car show chairman: 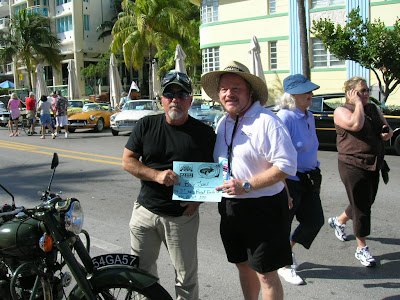 Yes, the guy on the left is Billy Joel. He was at the show last year, and he came back this year with two motorcycles; the Royal Enfield and his 1941 BMW with a sidecar. 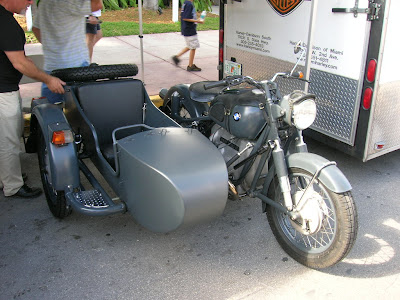 Billy Joel’s BMW
And he graciously posed for pictures with some of the people attending the show, including yours truly. 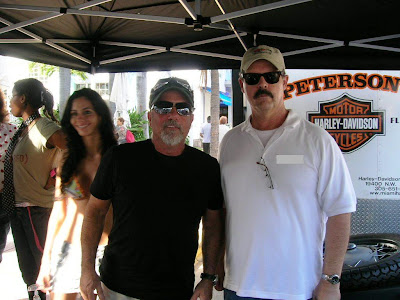 Billy Joel and Mustang Bobby
We get to do it again tomorrow, from 10 a.m. to 4 p.m. on Ocean Drive on Miami Beach. If you’re in the neighborhood, stop by and say hello. I promise to take more pictures.