According to Jim Talent, an adviser to Mitt Romney, the former Massachusetts governor will “stop the influence of ‘the militant gays.'” Via ThinkProgress:

He’s always had the same position as to regards to the gay agenda. Look, he wants to know people to know he values gay people as people, okay? But he doesn’t want the militant gays to be able to change the cultural institutions of the country.

I’ve got a bit of news for Mr. Talent: we don’t have to change the cultural institutions of the country, because they’re doing that all on their own.

And it’s not like we send out our young and attractive men two by two knocking on doors and asking people if we can tell them all about all about the Radical Homosexual Agenda. 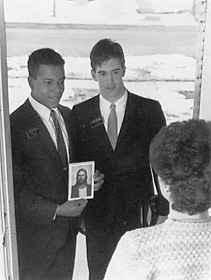