A lot of south and central Florida was hit with a power outage this afternoon. 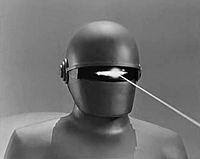 Traffic lights, air conditioners and elevators began returning to life Tuesday afternoon — and something approaching normalcy began returning to South Florida — after a major power outage cascaded through much of region and the state.

Florida Power & Light said it hoped to have most customers back in service by 5 p.m.

Miami-Dade Mayor Carlos Alvarez said there was no sign that ”criminal activity” was involved in the power failure. He attributed it to a ”procedural” issue at FPL, but the precise cause remained a mystery.

As the failure struck, all but four of Miami-Dade County’s 2,670 traffic lights blinked off — at precisely 1:09 p.m. ”A massive failure,” said Robert Williams, chief of the county’s traffic signals division.

By 3 p.m., 92 percent of the lights were functioning as power was restored one intersection, one neighborhood at a time, though far more quickly than after Hurricane Wilma left nearly the entire region without electricity in 2005.

At the peak of the failure, about 700,000 customers were without power, according to FPL.

The lights went out for about five seconds in my office, long enough to crash the computers, but either the generator kicked in or the “critical grid” that’s supposed to power offices in Miami-Dade County took over because everything was back to normal in a moment. Not so outside, apparently, with traffic lights going out and the Metrorail trains standing still. But reports now say that everything is returning to normal; or what passes for normal here in Miami.

The authorities were quick to point out that there didn’t seem to be any “criminal activity” or terrorism involved. Gee, until they mentioned it, those possibilities never entered my mind. I just assumed it was a technical glitch somewhere involving a transmission line or at one of the nuclear power plants that supplies electricity to FPL.

Or a giant metal robot.