The State of Florida has formally apologized for slavery.

The Legislature issued an apology Wednesday for the state’s ”shameful” history in enslaving black people and passing laws that called for savage lashings and even the nailing of their ears to posts for crimes like burglary.

”The Legislature expresses its profound regret for Florida’s role in sanctioning and perpetuating involuntary servitude upon generations of African slaves,” said the resolution, sponsored by black lawmakers.

Democratic Sens. Larcenia Bullard of Miami and Arthenia Joyner of Tampa sobbed during the reading of the resolution and the recounting of the slave codes passed by the Territorial Council in 1822 and struck down in 1868 — three years after the Civil War ended.

”I knew the facts, but to hear it put in those terms, I just fell apart,” Joyner said. Said Bullard: ”I felt a pain that wouldn’t go away.”

After the measure passed on a voice vote without opposition in the Senate, where President Ken Pruitt wanted no discussion or recorded vote, the House did the same. House Speaker Marco Rubio thanked both Pruitt and the black caucus for bringing up the resolution.

The measure stops short of calling for reparations for descendants of slaves, though Republican Gov. Charlie Crist said after the vote that he was open to the idea ”if we can determine descendancy, certainly.”

Well, if they really mean it, then the legislature will give short shrift to this stupid idea, don’t you think? 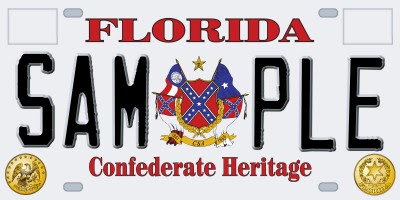