The Boston Globe reports that a top Iraqi contractor — and former Halliburton subsidiary — has avoided paying taxes on their U.S. employees working in Iraq by hiring them through a shell company in the Cayman Islands. 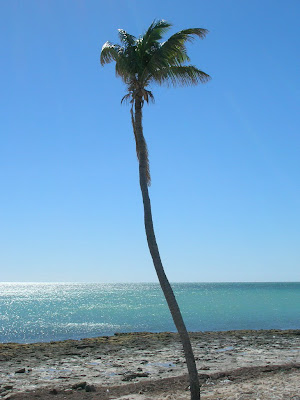 Kellogg Brown & Root, the nation’s top Iraq war contractor and until last year a subsidiary of Halliburton Corp., has avoided paying hundreds of millions of dollars in federal Medicare and Social Security taxes by hiring workers through shell companies based in this tropical tax haven.

More than 21,000 people working for KBR in Iraq – including about 10,500 Americans – are listed as employees of two companies that exist in a computer file on the fourth floor of a building on a palm-studded boulevard here in the Caribbean. Neither company has an office or phone number in the Cayman Islands.

The Defense Department has known since at least 2004 that KBR was avoiding taxes by declaring its American workers as employees of Cayman Islands shell companies, and officials said the move allowed KBR to perform the work more cheaply, saving Defense dollars.

But the use of the loophole results in a significantly greater loss of revenue to the government as a whole, particularly to the Social Security and Medicare trust funds. And the creation of shell companies in places such as the Cayman Islands to avoid taxes has long been attacked by members of Congress.

With an estimated $16 billion in contracts, KBR is by far the largest contractor in Iraq, with eight times the work of its nearest competitor.

The no-bid contract it received in 2002 to rebuild Iraq’s oil infrastructure and a multibillion-dollar contract to provide support services to troops have long drawn scrutiny because Vice President Dick Cheney was Halliburton’s chief executive from 1995 until he joined the Republican ticket with President Bush in 2000.

The largest of the Cayman Islands shell companies – called Service Employers International Inc., which is now listed as having more than 20,000 workers in Iraq, according to KBR – was created two years before Cheney became Halliburton’s chief executive. But a second Cayman Islands company called Overseas Administrative Services, which now is listed as the employer of 1,020 mostly managerial workers in Iraq, was established two months after Cheney’s appointment.

Heather Browne, a spokeswoman for KBR, acknowledged via e-mail that the two Cayman Islands companies were set up “in order to allow us to reduce certain tax obligations of the company and its employees.”

Social Security and Medicare taxes amount to 15.3 percent of each employees’ salary, split evenly between the worker and the employer. While KBR’s use of the shell companies saves workers their half of the taxes, it deprives them of future retirement benefits.

In addition, the practice enables KBR to avoid paying unemployment taxes in Texas, where the company is registered, amounting to between $20 and $559 per American employee per year, depending on the company’s rate of turnover.

As a result, workers hired through the Cayman Island companies cannot receive unemployment assistance should they lose their jobs.

How efficient: screw the government that gave you the no-bid contract in the first place, and screw the employees at the same time. That’s KBR’s way of living up to Dick Cheney’s mantra.