SAN FRANCISCO — In the days leading up to the California Supreme Court’s historic same-sex marriage ruling Thursday, the decision “weighed most heavily” on Chief Justice Ronald M. George — more so, he said, than any previous case in his nearly 17 years on the court.

The court was poised 4 to 3 not only to legalize same-sex marriage but also to extend to sexual orientation the same broad protections against bias previously saved for race, gender and religion. The decision went further than any other state high court’s and would stun legal scholars, who have long characterized George and his court as cautious and middle of the road.

But as he read the legal arguments, the 68-year-old moderate Republican was drawn by memory to a long ago trip he made with his European immigrant parents through the American South. There, the signs warning “No Negro” or “No colored” left “quite an indelible impression on me,” he recalled in a wide-ranging interview Friday.

“I think,” he concluded, “there are times when doing the right thing means not playing it safe.”

Yet he described his thinking on the constitutional status of state marriage laws as more of an evolution than an epiphany, the result of his reading and long discussions with staff lawyers.

As he sometimes does with the most incendiary cases, George assigned the majority opinion to himself. He wrote and rewrote, poring over draft after draft. Each word change had to be approved by the other three justices joining him in the majority. Even the likely dissenters had to be told in “pink slips” of every word change.

On Wednesday, the long-awaited ruling was finally ready.

Court Clerk Fritz Ohlrich locked up stacks of the fat, stapled court opinions in his office to protect against leaks, and George’s staff asked that security be beefed up. A fellow justice told George she would be at her desk in the morning because she wanted “to be part of history.”

On Thursday, George was in his chambers, being interviewed for a documentary on death penalty administration. He said he wished he had canceled the interview.

He was on camera when he heard “a big roar” from the crowd outside.

George, who grew up in Los Angeles, said he counts gays among his friends. Four years ago, he peered out his chambers’ windows across from San Francisco City Hall to watch gay couples lining up to marry. He saw the showers of rice, the popping of champagne corks, the euphoria of the couples.

He later joined four other justices in nullifying the marriage licenses, which the court deemed to have been granted illegally by San Francisco. The court refused to take up the constitutional questions of same-sex marriage then, insisting the cases work their way up through the courts.

A trial judge ruled in favor of same-sex marriage. A court of appeal overturned that ruling. And finally, the case was on George’s desk.

“I am very fatalistic about these things,” he said. “If you worry, always looking over your shoulders, then maybe it’s time to hang up your robe.”

– Gay Rights in Cuba: Could it be that Cuba could legalize same-sex marriage before the United States does?

The meeting at a convention center in Havana’s Vedado district may have been the largest gathering of openly gay activists ever on the communist-run island. President Raúl Castro’s daughter Mariela, who has promoted the rights of sexual minorities, presided.

”This is a very important moment for us, the men and women of Cuba, because for the first time we can gather in this way and speak profoundly and with scientific basis about these topics,” said Castro, director of Cuba’s Center for Sexual Education.

Mariela Castro joined government leaders and hundreds of activists at the one-day conference for the International Day Against Homophobia that featured shows, lectures, panel discussions and tests for sexually transmitted diseases.

Prejudice against homosexuals remains deeply rooted in Cuban society, but the government has steadily moved away from the Puritanism of the 1960s and 1970s, when homosexuals hid their sexuality for fear of being ridiculed, fired from work or even imprisoned.

Now Cuba’s parliament is studying proposals to legalize same-sex unions and give gay couples the benefits that people in traditional marriages enjoy.

Parliament leader Ricardo Alarcón said the government needs to do more to promote gay rights, but said many Cubans still need to be convinced.

Things ”are advancing, but must continue advancing, and I think we should do that in a coherent, appropriate and precise way because these are topics that have been taboo and continue to be for many,” Alarcón told reporters.

The Cuban government often does things just to piss off the United States government and the Cuban exile community in Miami. I wouldn’t put it past them that this is just such a ploy and that the lot of gays and lesbians in Cuba won’t change much. But if it’s for real, it’s better than prison.

– Death by a Thousand Cuts: Ezra Klein says we need a campaign without “gotchas.”

A study by Indiana University telecommunications professors Erik Bucy and Maria Grabe found that from 1968 to 1992, the clips of presidential candidates speaking on network news were cut from an average of one minute to about 10 seconds. Since 1992, that’s dropped to eight seconds. Which means that politicians are being filtered through the media lens more than ever. Only a third of those eight-second clips addressed substantive issues of policy. Ask yourself: How much substantive policy do you think you could communicate in eight seconds?

Even when newspapers and news networks furnish forums at which the candidates can speak to voters at length rather than in sound bites, the process is perverted. Take the debates, which began as substantive clashes, until the moderators grew bored by the same old policy disputes and began to ask questions that would provide juicy clips for the next day’s news. The process culminated in the now-infamous ABC News debate in which moderators Charles Gibson and George Stephanopoulos abandoned substance for the first hour and focused instead on lapel pins, lunch partners from decades ago and electability concerns. You know, the big issues.

On a technical level, the visual nature of television requires clips that can be easily and endlessly replayed to remind viewers of what they’re watching and what happened in past episodes. So it’s no surprise that the media hunger for out-of-character gaffes and missteps — those moments are crucial to the business model.

But politicians increasingly have alternatives. The daily e-mails of the candidates, for instance, reach millions of their supporters (and, for that matter, detractors and people who can’t figure out why they ended up on the e-mail list), and for better or worse, lay out the campaign’s chosen narrative. When Obama gave his speech on race and the Rev. Jeremiah A. Wright Jr., millions of people took to YouTube to watch the unedited version.

And now the campaigns of Obama and McCain are broaching the idea of Lincoln-Douglas-style debates — a series of unmoderated debates that would leverage the public interest in the campaign to force the media to cover debates without imposing their own narrative or needs on the structure. It’s campaigning as politicians, rather than the media, would have it. Weird as it sounds, that might be better for the process. And, for the candidates, it certainly sounds like more fun.

– Mmm, I love that DNA you’re wearing: A new way to find a mate in the dating game. 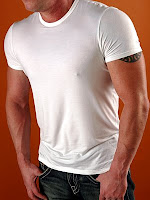 Swapping spit: The term takes on a more refined meaning at the new dating site ScientificMatch.com. A prerequisite for signing up — in addition to having a bit of cash to spare — involves swishing a cotton swab inside your cheek and mailing a juicy sample of skin cells and saliva.

What do you get in return for your DNA-laden drool? A chance at genetic and olfactory harmony. ScientificMatch.com — perhaps the first company to combine the commercial potential of genetic testing, dating and the Internet in one package — offers to find you a lover who smells good.

But not simply a bathed-and-used-deodorant kind of good smell. If all goes well, you’ll get a lusty good smell, the kind that makes you bury your face in your mate’s pillow the next morning to catch the lingering scent. The kind that, after a week of backcountry camping, actually increases your partner’s sexiness quotient.

Of course, it takes more than an alluring eau de mate to build a good relationship. So the company, launched in December and now offering a discounted lifetime membership fee of $995, boasts a panoply of “member benefits” for its scientifically matched opposite-sex couples: better sex, increased fertility, healthier kids, less cheating and more orgasms. (Actually, only women are promised more orgasms. Men are, however, encouraged to imagine how this could be a perk for themselves as well.)

“All of the benefits that I’ve listed are supported by, and derived from, peer-reviewed scientific research,” says Eric Holzle, the founder and president of ScientificMatch.com and a mechanical engineer by training. Though he won’t reveal membership numbers, later this year he plans to expand his service — now available only in the Boston-Providence area — to other cities, possibly including Los Angeles.

Holzle’s matchmaking efforts rely on published but still-preliminary results from a growing field of science: the genetics of mate attraction. (People looking for same-sex partners are welcome on the site, although studies have yet to look specifically at genetic attraction in gay couples.)

Researchers have long studied how certain traits — square jaws in men, narrow waists in women, facial symmetry in both genders, for example — seem to signal good genetic fitness to potential mates. But recently scientists have zeroed in on specific genes that might play a surprising role in how we choose hookups — and possibly settle-downs.

Known as MHC (for major histocompatibility complex), these genes control how the immune system recognizes and fights off microscopic foreign invaders such as viruses, fungi and bacteria. Doctors also look at this portion of the genome to match up compatible organ donors and recipients.