It’s nice to see S. Epatha Merkerson has been nominated for Best Performance by a Leading Actress in a Play for Come Back, Little Sheba. Having been there for opening night last January, I had hoped that the production would get some nominations, and Ms. Merkerson got the only nod. That’s a great tribute to her work and the rest of the cast and crew, including director Michael Pressman. 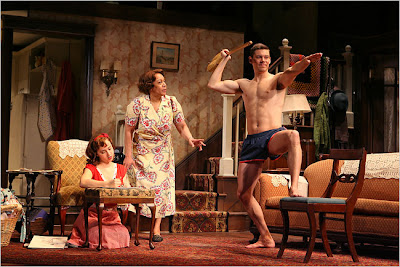 Zoe Kazan, left, S. Epatha Merkerson and Brian J. Smith in “Come Back, Little Sheba.”
And no, Can’t Live Without You missed out. But it wasn’t on Broadway. Yet.