The Tigers swept the Yankees, and it’s been a long time since that’s happened. 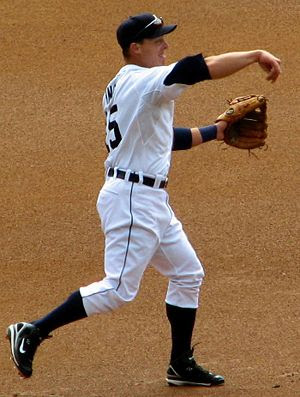 Jim Leyland and Gene Lamont were roommates playing in the Tigers farm system the last time Detroit swept the Yankees over three games in the Bronx. Kenny Rogers was the only current Tigers player alive at that point, and he was a year old.

When the Tigers opened the 1966 season taking three straight at Yankee Stadium, it was on the strength of their top three starting pitchers. This week’s rendition was on the strength of the entire roster, and the finale was the punctuation mark. On a team loaded with star hitters who had their share of big hits this series, it was a clutch defensive play and a go-ahead two-run triple from utility infielder Ramon Santiago that helped put Detroit up for good on Thursday and on its way to an 8-4 win.

Unless the two clubs meet in the playoffs, the Tigers left Yankee Stadium for the final time with an unusually good feeling. Considering it had won just five regular-season games here over the previous seven years, it was a fond farewell from Detroit’s side.

That moves them into third place ahead of the Twins, who they take on in Minneapolis this weekend.