According to the New York Times, the average price of a gallon of gas has now reached $4 a gallon. 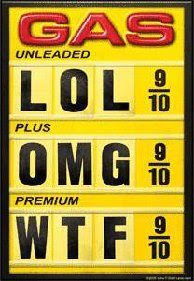 Here in the Miami area, that’s old news; it’s been over $4 a gallon since before Memorial Day, and I’ve seen lines at the one or two stations in the area where the price is actually at $3.99, and some stations are offering discounts if you pay cash.

The Times article notes that rural drivers are hit hard by the hike in gas prices. Contrary to popular belief, South Florida isn’t all beaches condos. There’s a lot of farming here, especially in south Miami-Dade County in the Homestead and Redland area, and the fuel costs makes farming more expensive which leads to higher food prices, which makes life harder on those who earn minimum wage and have to live in a resort community such as Miami-Dade County.