– How a rumor grows on the internet.

The e-mail landed in Danielle Allen’s queue one winter morning as she was studying in her office at the Institute for Advanced Study, the renowned haven for some of the nation’s most brilliant minds. The missive began: “THIS DEFINITELY WARRANTS LOOKING INTO.”

Laid out before Allen, a razor-sharp, 36-year-old political theorist, was what purported to be a biographical sketch of Barack Obama that has become one of the most effective — and baseless — Internet attacks of the 2008 presidential season. The anonymous chain e-mail makes the false claim that Obama is concealing a radical Islamic background. By the time it reached Allen on Jan. 11, 2008, it had spread with viral efficiency for more than a year.

– How Bob Barr is giving the GOP heartburn.

He has been called a spoiler. A would-be Ralph Nader. A thorn in the side of Senator John McCain and the Republican establishment.

None of it bothers Bob Barr, the former Republican congressman from Georgia turned Libertarian Party candidate for president, who gleefully recounted what he says a group of Republicans told him at a recent meeting in Washington: Don’t run.

The Miami-Dade teachers’ union said Friday that it would fight any efforts by the district to postpone or cancel salary increases promised to teachers.

Union officials made their position known two days after the School Board declared that the state has not provided adequate funding for next year. The board’s move opened the door for Superintendent Rudy Crew to negotiate the raises with the district’s unions.

United Teachers of Dade President Karen Aronowitz called the move ”covert” and ”inappropriate.” She said the union is considering taking legal action against the district.

– Beach Boys: From the Los Angeles Times, a picture gallery of the latest beach fashions. 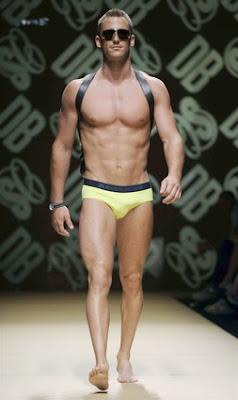 – Tigers Update: They keep on winning and inching ever closer to .500.