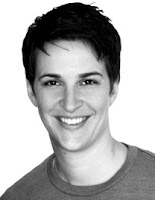 Just in time for the closing rush of the presidential election, MSNBC is shaking up its prime-time programming lineup, removing the long-time host –- and one-time general manager of the network — Dan Abrams from his 9 p.m. program and replacing him with Rachel Maddow, who has emerged as a favored political commentator for the all-news cable channel.

The moves, which were confirmed by MSNBC executives Tuesday, are expected to be finalized by Wednesday, with Mr. Abrams’s last program on Thursday. After MSNBC’s extensive coverage of the two political conventions during the next two weeks, Ms. Maddow will begin her program on Sept. 8.