The remains of the Flamingo Lodge in Everglades National Park are due for demolition, but there may be a rebirth of the facility. 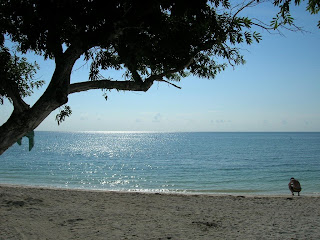 The Flamingo Lodge, a landmark at the end of the road in Everglades National Park for nearly a half century, will soon be history.

Some time in the coming months, bulldozers will raze the crumbling ruins, completing a demolition job started in 2005 by Hurricanes Katrina and Wilma. The storms sloshed some eight feet of Florida Bay into the ground floor, leaving behind a carpet of mud, fried electrical outlets and trashed furnishings.

For legions of anglers, bird-watchers, star-gazers and adventurous tourists, the loss of the lodge and two dozen nearby rustic cabins has been big. The place didn’t wear its years well, and was nothing fancy in its finest days, but it provided unique access to the coastal Everglades — an air-conditioned escape from the buzzing blood-suckers of the mangroves and marshes.

Now, after three years of planning, the National Park Service has approved a major makeover that would make the park’s most isolated outpost a little smaller, a little greener and a lot more resistant to hurricanes.

It calls for replacing the lodge and already razed cabins with a 30-room hotel and 24 cottages — all built to stricter modern construction codes and elevated on stilts. Another 40 ”eco-tent” structures could be used during cooler winter months and quickly moved for hurricanes. The aim is for solar power to supply most electricity, and about 50 acres, consisting of two lightly used camping areas and a waste treatment pond, could be restored to nature.

There is only one glaring shortcoming. No one can say how, when — or if — the chronically underfunded park service can come up with the estimated $20-million-plus needed to bring venerable Flamingo into the 21st century.

I have a soft spot in my heart for the Flamingo Lodge; it was there, in one of the little cabins on Christmas Eve 2001, that I began writing what would become Can’t Live Without You, my first play produced in New York last winter.