Recent neurological studies tend to confirm that being gay is a genetic trait. 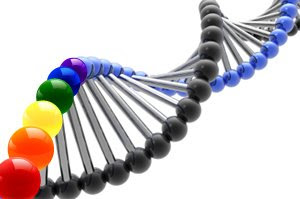 [A] research team at the Karolinska Institute in Stockholm, Sweden, headed by neuroscientist Ivanka Savic, obtained MRIs for 90 adult volunteers — 25 straight men, 25 straight women, 20 gay men and 20 lesbians. Using the latest quantitative techniques for assessing cerebral symmetry and functional connections between various areas of brain, Savic was able to demonstrate highly statistically significant differences between straight and gay brains. Gay and lesbian brains more closely resembled the brains of straight volunteers of the opposite sex than the brains of heterosexual members of the same sex.

In their study, reported in the June 16, 2008, issue of the Proceedings of the National Academy of Sciences, Savic said, “This is the most robust measure so far of cerebral differences between homosexual and heterosexual subjects.” Although Savic admits that her study cannot distinguish between genetic or prenatal intrauterine environmental changes, such as relative differences in sex hormone levels, her studies do suggest that our sexual preferences are, at least in large part, determined by the time of birth.

Not that it will make any difference to the homophobes, but at least it makes their “sin and abomination” arguments look even more bigoted and ignorant than they already are. If that’s possible.