A developer wants to amend the Florida constitution in order to bring Las Vegas style gambling to Miami. 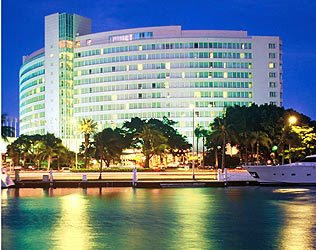 A political committee financed by Marc Roberts, who along with Art Falcone is developing the 25-acre Miami Worldcenter, has spent more than $850,000, hired 13 petition gathering companies and has lawyers working to write an initiative for possible placement on the 2010 ballot.

A key selling point: taxes on the new casinos would go to benefit all Florida schools, just like the successful slots initiative before it.

According to drafts of the petition language obtained by The Miami Herald, the committee is considering three amendments, two of which are designed to appeal to the existing parimutuel companies in Miami-Dade and Broward by asking voters to give them the same games as the Seminole Tribe and lower their tax rate.

A draft of the proposed casino amendment allows for Class III gambling, including craps, keno, roulette, blackjack and slot machines, to be played at any of these sites: existing parimutuels in Miami Dade or Broward, a Miami location that is ”bounded by Northeast 11th Street, Biscayne Boulevard, Northeast Sixth Street and North Miami Avenue,” and at a hotel in Miami Beach that has ”over 800 lodging rooms” when the amendment is passed.

The Fontainebleau, with roughly 1,200 rooms, is the only Miami Beach hotel that would qualify, according to the Miami-Dade tourism bureau.

To become law, the amendments would have to be approved by 60 percent of Florida voters statewide, and the tax-related amendment would need 66 percent approval. In the past, gambling amendments have had a tough time, even before the law was changed to require they reach the 60 percent threshold.

What a great idea; look what it did for Atlantic City.