Today, October 1, marks the centennial of the Ford Model T. 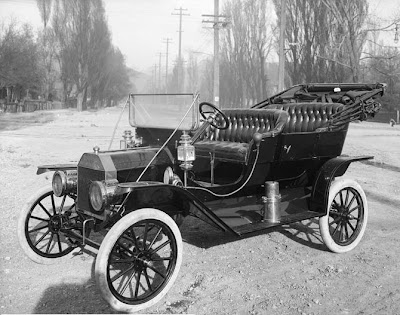 I drove one once. It had the suspension system of a bed frame, the engine was tiny, the top speed was 30 mph, and the controls were unorthodox compared to today; the accelerator was a lever mounted on the steering column, and “reverse” was a pedal on the floor. But Henry Ford’s Tin Lizzie took the automobile from a hand-made toy for the wealthy to a mass-produced tool for the masses, and few things revolutionized our lives like the spidery little car that only came in black paint for most of its 19 years of production.

So the next time you’re stuck in traffic (like I was this morning on the Palmetto Expressway) behind the latest imported Bitsosushi or ginormous Ford Exploder SUV, remember that it started a hundred years ago in Dearborn, Michigan, and we’ve been bumper-to-bumper ever since.