In spite of the fact that a New York Times/CBS poll finds that Gov. Sarah Palin is a drag on the McCain candidacy (59% say she’s not qualified for the job), Eugene Robinson notes that win or lose, we haven’t seen the last of Sarah Palin. 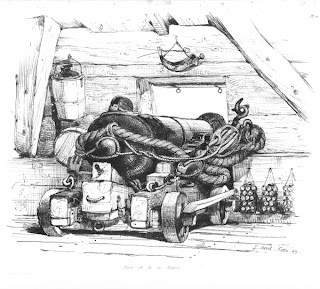 It’s tempting to think of Palin as a kind of pop star, the latest flash in the pan who rockets to the top of the charts and then fades to obscurity — Alec Baldwin referred to her as “Bible Spice” the other day. But that smug assessment ignores the evidence that she has the chops to be much more than a one-hit wonder.

Palin’s introduction to the nation was disastrous, at least in terms of appealing to a constituency beyond the conservative wing of the Republican Party. It was obvious from the beginning that she wasn’t remotely prepared for high national office. The red-meat Republican base was energized, but others saw McCain’s decision to put her on the ticket as cynical and irresponsible.

Palin herself must have realized that her debut was premature. But as Vernon Jordan likes to say, “Opportunity is never convenient.”

I should make clear that I believe Palin is wrong about basically everything, at least to the extent that we know what she really believes. The McCain campaign gave her a job to do — slash, burn, fire up the base, accuse Barack Obama of “palling around with terrorists,” accuse Obama supporters of not living in “pro-America” parts of the country — and she went out and did it. McCain’s campaign rallies often have a sense of purpose and duty about them; Palin’s have a sense of electricity.

That she wasn’t ready to meet the national media became clear when she sat down with Katie Couric for those embarrassing sessions. But compare the bunny-in-the-headlights Sarah Palin of just a few weeks ago with the much more poised and confident Sarah Palin of today. Ignorance isn’t the same thing as stupidity. When Palin talks about economic policy these days, her sentences don’t meander into the Twilight Zone the way they once did. She has more to say about foreign policy besides the fact that Russia is just across the Bering Strait. She has learned much in a very short period.

And she will learn more. I predict we’ll have Sarah Palin to kick around for a long, long time.

The term loose cannon comes from the old days of naval warfare when the artillery got loose after firing on another ship, wreaking havoc on the deck of the ship that fired the shot, while the cannonball it fired usually fell harmlessly into the sea. As flashy and electrifying Sarah Palin may be on the stump, I predict that she will become more of a burden to the Republicans than she will to the Democrats. And she will give us in the blogosphere hours of endless fun and mockery.

Bonus Track: Former Secretary of State Lawrence Eagleburger, one of John McCain’s senior advisers, offered a “stunningly frank and remarkably bleak assessment of Sarah Palin’s capacity to handle the presidency should such a scenario arise.”