Just when you thought wingnuttery couldn’t get any nuttier…

On the October 15 broadcast of his nationally syndicated radio show, Bob Grant said: “[W]hat is that flag that Obama’s been standing in front of that looks like an American flag, but instead of having the field of 50 stars representing the 50 states, there’s a circle?” He then said: “Is the circle the ‘O’ for Obama? Is that what it is?” Grant later said: “[D]id you notice Obama is not content with just having several American flags, plain old American flags with the 50 states represented by 50 stars? He has the ‘O’ flag. And that’s what that ‘O’ is. That’s what that ‘O’ is.” 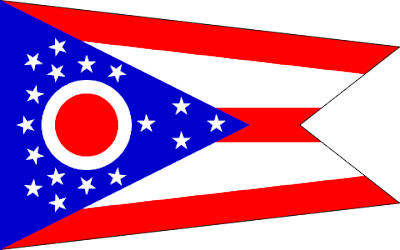 We now have a new standard for “too dumb to play dead in a cowboy movie.”