– Enshrining Bigotry: Florida’s Amendment 2 would not only ban same-sex marriage in Florida — and be redundant with existing state law — it would threaten domestic partnerships for straight couples who live together for financial reasons.

Although gay marriage is already illegal in Florida, Amendment 2 would enshrine the prohibition in the Florida Constitution, making it nearly impossible for a judge to overturn.

Supporters, primarily conservative and Christian groups, say their goal is straightforward and deserving of constitutional shelter: to ”protect” marriage by defining it exclusively as a union between a man and a woman. Doing so, they say, would benefit children by promoting a traditional family with a mother and father — not two moms or two dads.

”Children always fare better when they have a mother and father,” said John Stemberger, president and general counsel of the Florida Family Policy Council, which is promoting the Yes On 2 campaign. ”We should not, as a matter of law and public policy, create inherently motherless and fatherless homes.”

But opponents say the Florida Marriage Protection Amendment isn’t a gay issue, but rather a measure that could negatively affect many heterosexual couples as well.

They point to particular wording in the amendment that they say could lead to unmarried couples — gay and straight — losing hospital visitation rights, the ability to make emergency medical decisions, and domestic partner health benefits provided by employers.

The proof, they say, is what has happened in other states where similar amendments have passed.

”This amendment says that because marriage is between a man and a woman, nothing else counts,” said Derek Newton, campaign manager for Florida Red & Blue, the bipartisan organization running the SayNo2 campaign to defeat the amendment. ”It could take away existing rights and benefits of Floridians.”

For the record, I voted against it.

– How Low They Will Actually Go: The Pennsylvania GOP compares voting for Obama to “underestimating” what the Germans did in the 1930’s.

There are things you should not say unless you really, really mean them, and events you should not invoke lightly. Saying that voting for Obama, or for McCain, or for any of the major party candidates in my adult lifetime, would be a mistake that is in any way “similar” to underestimating the horror of the Nazis is one of them.

We should never forget what the Nazis actually did, or what the Pennsylvania Republican Party has seen fit to invoke so lightly; and we should not dishonor those who were murdered by using them to score cheap political points. 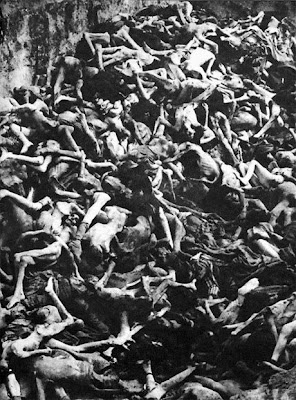 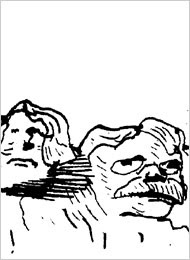 The Hamiltonian-Bull Moose tendency is the great, moderate strain in American politics. In some sense this whole campaign was a contest to see which party could reach out from its base and occupy that centrist ground. The Democratic Party did that. Senior Democrats like Robert Rubin, Larry Summers and Jason Furman actually created something called The Hamilton Project to lay out a Hamiltonian approach for our day.

McCain and Republicans stayed within their lines. There was a lot of talk about earmarks. There was a good health care plan that was never fully explained. And there was Sarah Palin, who represents the old resentments and the narrow appeal of conventional Republicanism.

McCain would be an outstanding president. In government, he has almost always had an instinct for the right cause. He has become an experienced legislative craftsman. He is stalwart against the country’s foes and cooperative with its friends. But he never escaped the straightjacket [sic] of a party that is ailing and a conservatism that is behind the times. And that’s what makes the final weeks of this campaign so unspeakably sad.

– Backgrounder: an inside look at Joe Biden.

Though known to much of the public as a gabby, gaffe-prone, backslapping Irish boyo from Scranton, Pa., in private councils and in the corridors of the Senate he is known as an ambitious, astute, calculating politician always looking at the next step.

Mr. Biden’s life and career have been marked by repeated episodes of wreckage and recovery, some dealt by fate, others by his own flaws. His aim this year, at age 65 and with 35 years in the Senate behind him, was to put himself in a position to make one last move. With the White House foreclosed to him after two humbling defeats, Mr. Biden was eyeing the two most appealing alternatives, the vice president’s mansion on the grounds of the Naval Observatory and the executive suite on the seventh floor of the State Department.

Few people in American politics set the vice presidency as their final goal. But the office has been gaining in stature and influence for three decades and Mr. Biden came to believe, aides said, that he could influence American policy more by serving at the side of the president than he could as chairman of the Foreign Relations Committee. He signaled his eagerness for the job in a June appearance on NBC’s “Meet the Press,” saying “of course” he would accept if it were offered.

Two months later, Mr. Obama did just that. Mr. Biden quickly agreed after being assured that Mr. Obama wanted him as a close-in adviser.

It is unclear how Mr. Biden will perform in the job if the Obama-Biden ticket wins in November. He has said that he has never had a boss and is not used to playing second fiddle, having been elected to the Senate 36 years ago at the age of 29.

Since becoming Mr. Obama’s running mate, Mr. Biden has been campaigning day to day in out-of-the-way places, followed by a tiny press corps and a handful of aides, selling the virtues of the man he would serve. His every move is dictated by Obama aides in Chicago. Mr. Biden at times bristles at the close supervision, but he seems to need it — he has gone off message enough times in enough ways to induce some heartburn among the Obama high command, as when he suggested last week that Mr. Obama, a 47-year-old first-term senator, would be tested as president by an international crisis during his first six months in office, unhelpfully injecting the question of experience into the daily back and forth with the Republicans.

– Whatever Happened To…? Sally Struthers hits the stage in Nunsense. 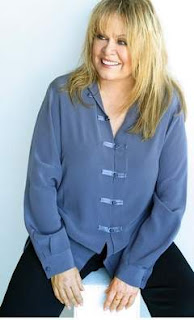 Although it’s been 30 years since Struthers left All in the Family, she is still remembered for playing Archie Bunker’s daughter, but she hasn’t been resting on those memories.

“I’m still standing. Didn’t I retire? No I didn’t retire,” she said semi-indignantly. “I’ve just been on TV for the last seven years for Gilmore Girls.” And while she was appearing in a recurring role — she played neighbor Babette Dell — on the WB/CW series, she was also appearing in a recurring role in CBS’ Still Standing, playing the manipulative mother of series star Mark Addy.

She’s been in Grease, The Odd Couple, and Annie on Broadway, and has appeared in several movies and on the stages of regional theaters, playing Dolly Levi in Hello Dolly, Miss Mona in The Best Little Whorehouse in Texas, and Jeanette Burmeister in The Full Monty.

Now she’s in Nunsense and is loving it.

The plot revolves around the Little Sisters of Hoboken, whose cook accidentally poisons most of the order (five of them didn’t eat the vichyssoise; they were off playing bingo). The survivors’ coffers are pretty low, so, led by Rev. Mother Regina (Struthers) they decide to put on a variety show in the school auditorium to supplement the burial fund. Among the acts are tap and ballet dancing, comic routines, and some funny surprises.

“You know, it’s not about being a Catholic nun, this show. This show’s about being an entertainer. The nuns … happen to be wearing habits and veils and wimples and scapulas, but we’re showgirls,” Struthers said.

Nunsense made its off-Broadway debut in 1985 and ran for more than 3,600 performances, becoming the second-longest-running off-Broadway show, behind The Fantasticks. It’s been translated into 26 languages with more than 6,000 productions worldwide.

And it finally made it to Toledo.