Gary Kamiya pays tribute to The Wind in the Willows on its centennial year. 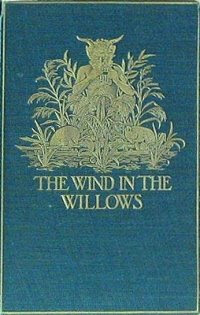 There are certain books that become a permanent part of your life, like an old tree that stands at the bend of a favorite path. You may not notice them, but if they were taken away, the world would be less mysterious, less friendly, less itself.

“The Wind in the Willows,” published 100 years ago this year, is one of those books. I first read Kenneth Grahame’s classic when I was 14, and I have been going back to it ever since. I just read it again, and its wonders seem greater than ever, its colors more glowing, its language more miraculous. Although it is uniquely mixed in style and matter, moving effortlessly from deadpan observation to piercing lyricism to raucous comedy to incantatory mysticism, it is a complete world. And like the old friend that it is, it always welcomes you back.

At the end of the fifth of its 12 perfect chapters, the Mole, who has rediscovered his old home, lays his head on his pillow in utter contentment. “But ere he closed his eyes he let them wander round his old room, mellow in the glow of the firelight that played or rested on familiar and friendly things which had long been unconsciously a part of him, and now smilingly received him back, without rancor.” Opening “The Wind in the Willows” again always feels like that to me.

I know this is one of my father’s favorite books, and he shared it with us as a cherished treasure, along with many other books, and I credit him for giving me a sense of appreciation for the “familiar and friendly things” in my life and this world.

That makes me think of a question I know I’ve asked before, but in a different way:

What book from your childhood can you read over and over again and never get tired of?

For me it is the Swallows and Amazons books by Arthur Ransome, also a gift from my father. 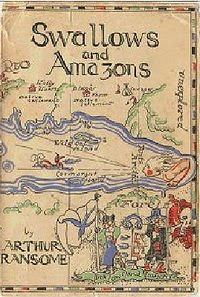 I’ve read them over and over again, and Pigeon Post got me through a dreadful winter at boarding school. I even made an effort to visit the places mentioned in the books when I first went to England in 1971. These children sailing in the Lake District and the Norfolk Broads are some of my closest friends.