– How We Got Here: The New York Times looks into the roots of the current financial crisis. 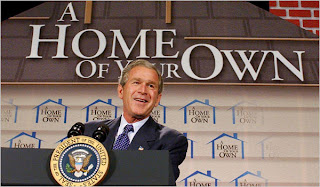 There are plenty of culprits, like lenders who peddled easy credit, consumers who took on mortgages they could not afford and Wall Street chieftains who loaded up on mortgage-backed securities without regard to the risk.

But the story of how we got here is partly one of Mr. Bush’s own making, according to a review of his tenure that included interviews with dozens of current and former administration officials.

From his earliest days in office, Mr. Bush paired his belief that Americans do best when they own their own home with his conviction that markets do best when let alone.

He pushed hard to expand homeownership, especially among minorities, an initiative that dovetailed with his ambition to expand the Republican tent — and with the business interests of some of his biggest donors. But his housing policies and hands-off approach to regulation encouraged lax lending standards.

Mr. Bush did foresee the danger posed by Fannie Mae and Freddie Mac, the government-sponsored mortgage finance giants. The president spent years pushing a recalcitrant Congress to toughen regulation of the companies, but was unwilling to compromise when his former Treasury secretary wanted to cut a deal. And the regulator Mr. Bush chose to oversee them — an old prep school buddy — pronounced the companies sound even as they headed toward insolvency.

As early as 2006, top advisers to Mr. Bush dismissed warnings from people inside and outside the White House that housing prices were inflated and that a foreclosure crisis was looming. And when the economy deteriorated, Mr. Bush and his team misdiagnosed the reasons and scope of the downturn; as recently as February, for example, Mr. Bush was still calling it a “rough patch.”

The result was a series of piecemeal policy prescriptions that lagged behind the escalating crisis.

“There is no question we did not recognize the severity of the problems,” said Al Hubbard, Mr. Bush’s former chief economics adviser, who left the White House in December 2007. “Had we, we would have attacked them.”

Looking back, Keith B. Hennessey, Mr. Bush’s current chief economics adviser, says he and his colleagues did the best they could “with the information we had at the time.” But Mr. Hennessey did say he regretted that the administration did not pay more heed to the dangers of easy lending practices. And both Mr. Paulson and his predecessor, John W. Snow, say the housing push went too far.

“The Bush administration took a lot of pride that homeownership had reached historic highs,” Mr. Snow said in an interview. “But what we forgot in the process was that it has to be done in the context of people being able to afford their house. We now realize there was a high cost.”

For much of the Bush presidency, the White House was preoccupied by terrorism and war; on the economic front, its pressing concerns were cutting taxes and privatizing Social Security. The housing market was a bright spot: ever-rising home values kept the economy humming, as owners drew down on their equity to buy consumer goods and pack their children off to college.

“No one wanted to stop that bubble,” Mr. Lindsay said. “It would have conflicted with the president’s own policies.”

– The Black Boxes: Frank Rich looks at the aftermath of the Bernard Madoff Ponzi scheme. 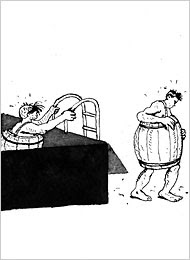 The question in the aftermath of the Madoff calamity is this: Why do we keep ignoring what we learn from the black boxes being retrieved from crash after crash in our economic meltdown? The lesson could not be more elemental. If there’s a mysterious financial model producing miraculous returns, odds are it’s a sham — whether it’s an outright fraud, as it apparently is in Madoff’s case, or nominally legal, as is the case with the Wall Street giants that have fallen this year.

Wall Street’s black boxes contained derivatives created out of whole cloth, deriving their value from often worthless subprime mortgages. The enormity of the gamble went undetected not only by investors but by the big brains at the top of the firms, many of whom either escaped (Merrill Lynch’s E. Stanley O’Neal) or remain in place (Citigroup’s Robert Rubin) after receiving obscene compensation for their illusory short-term profits and long-term ignorance.

There has been no punishment for many of those who failed to heed this repeated lesson. Quite the contrary. The business magazine Portfolio, writing in mid-September about one of the world’s biggest insurance companies, observed that “now that A.I.G is battling to survive, it is its black box that may save it yet.” That box — stuffed with “accounting or investments so complex and arcane that they remain unknown to most investors” — was so huge that Washington might deem it “too big to fail.”

Sure enough — and unlike its immediate predecessor in collapse, Lehman Brothers — A.I.G. was soon bailed out to the tune of $123 billion. Most of that also disappeared by the end of October. But not before A.I.G. executives were caught spending $442,000 on a weeklong retreat to a California beach resort.

There are more black boxes still to be pried open, whether at private outfits like Madoff’s or at publicly traded companies like General Electric, parent of the opaque GE Capital Corporation, the financial services unit that has been the single biggest contributor to the G.E. bottom line in recent years. But have we yet learned anything? Incredibly enough, as we careen into 2009, the very government operation tasked with repairing the damage caused by Wall Street’s black boxes is itself a black box of secrecy and impenetrability.

– Destroying Someone Else’s Life: Hilzoy at Political Animal wonders who the people are who would make it their life’s mission to interfere in the lives of absolute strangers.

Ever since I heard that opponents of Proposition 8 had filed suit to invalidate all the gay marriages that have taken place in California, I’ve been trying to wrap my mind around the fact that someone, somewhere had to actually initiate this process. That means that someone, somewhere must have decided that the best use of his or her time was not to perform some act of kindness or generosity, not to stand up for justice or to comfort the afflicted, not even to try to turn a profit, but to decide to get together a lawsuit in order to break thousands of people’s marriages apart. That person could have gone to the beach, or worked a stint at a food kitchen, or taken up hang-gliding, or done any number of things, but instead he or she thought: why not do my best to tear thousands of people’s lives apart, people who are not bothering them, people who only want to be married and have anniversaries and argue about who has to take out the trash, like anyone else.

It’s a pretty strange way to choose to spend your time, if you ask me.

If we worry about our morals deteriorating, surely the best place to start addressing that problem is in our own lives. We all have more than enough sins to occupy us. When we have extirpated them all, and learned courage, justice, generosity, and mercy, there will be time enough to worry about other people’s marriages. And I suspect that once we have learned those things, we will not find the fact that some couple in love wants to get married at the top of our list of concerns. 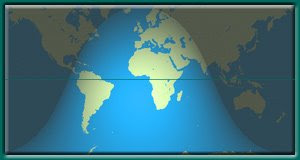 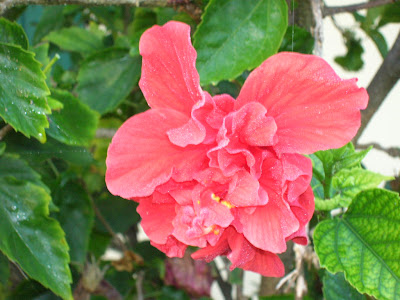 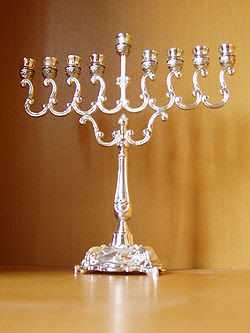