The End of the End of the Revolution: Roger Cohen visits Cuba and surveys the future of the island and its relationship with the United States. 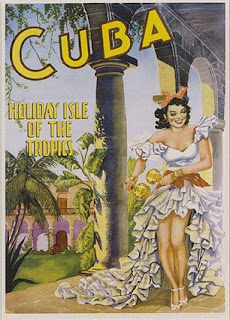 There is something about this proximate island, so beautiful yet so remote, so failed yet so stubborn, that militates against the exercise of U.S. reason.

It’s not just the humiliation of the botched 1961 Bay of Pigs invasion, when 1,500 C.I.A.-backed Cuban exiles tried to overthrow the nascent Castro regime. It’s not just the memory of the Soviet introduction in 1962 of missiles to the island that almost brought nuclear Armageddon. It’s not just the traded accusations of terrorism, the surrogate conflicts of the cold war from Angola to the Americas, the downed planes, the waves of immigrants, the human rights confrontations, the espionage imbroglios or the custody battles. It’s something deeper, and that something has its epicenter in Miami.

Just before the Obama victory, I lunched in the city’s Little Havana district with Alfredo Durán, a former president of the Bay of Pigs Veterans Association. Inevitably, we ate at the kitschy Versailles Restaurant, long a social hub of the Cuban-American community. Durán, who was imprisoned in Cuba for 18 months after the Bay of Pigs fiasco, is a man mellowed by age. Furious with Kennedy and the Democrats in the invasion’s aftermath — “there was a feeling we were sacrificed, left to eat possum in the swamps around the bay” — he decided after the cold war that anti-Fidel vitriol was a blind alley and the trade embargo counterproductive. Fellow veterans were furious; they stripped his photo from the premises of the veterans’ association.

“I say, ‘Lift the embargo unilaterally, put the onus on Cuba,’ ” Durán told me. “If we negotiate, what do we want from them? They have very little to give.”

As he spoke, a little ruckus erupted outside between Republicans and Democrats. Durán smiled: “You know, the only place Cuba still arouses passions is right outside this restaurant. Yet U.S. policy toward Cuba is stuck with old issues in Florida rather than logical strategy.”

The old Florida issues boil down to this: It’s a critical swing state with a significant Cuban-American vote, and a hard line toward Fidel has been a sure-fire political proposition. Once again this year, Miami’s three Cuban-American Congressional Republicans won re-election. And yet: their victory margins narrowed. Some 35 percent of the Cuban-American vote in Miami-Dade County went to Obama, a big bounce, 10 points better than John Kerry’s showing in 2004. Fifty-five percent of those under 29 voted for Obama.

Obama’s victory is particularly significant because he bucked conventional wisdom on Cuba during the campaign. He lambasted Bush’s “tough talk that never yields results.” He called for “a new strategy” centered on two immediate changes: the lifting of all travel restrictions for family visits (limited by Bush to one every three years) and the freeing up of family remittances (now no more than $300 a quarter for the receiving household). Obama also called for “direct diplomacy,” saying he would be prepared to lead it himself “at a time and place of my choosing,” provided U.S. interests and the “cause of freedom for the Cuban people” were advanced. He said his message to Fidel and Raúl would be: “If you take significant steps toward democracy, beginning with the freeing of all political prisoners, we will take steps to begin normalizing relations.”

Three generations on from the revolution, being a Democrat is no longer equated by Cuban-Americans with being a Communist. The fixation on removing Fidel, the dreams of return and the raw anger of loss have faded. “We have gone from the politics of passion to the politics of reality,” Andy Gómez, an assistant provost at the University of Miami who left Cuba in 1961 at the age of 6, told me. “We are here for the long haul. We worry about the economy, health care. Next Christmas in Havana — that’s over.”

– Remembering Pearl Harbor: A survivor gives students a lesson on “the day that will live in infamy.” 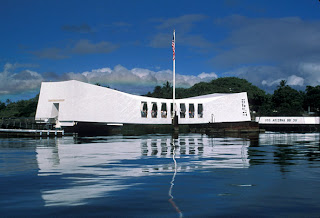 “Scary, but courageous too,” added Wheeler, 13, as Merz described how he and fellow soldiers scrambled for safety and their weapons.

Today, on the 67th anniversary of the surprise attack that drew the United States into World War II, Merz and other members of the Gold Coast Chapter of the Pearl Harbor Survivors Association will take part in a 10 a.m. ceremony at the Coast Guard station in Dania Beach.

“You can’t just rely on intelligence reports,” Mintz, a Plantation resident, told the audience of some 150 people, including about 40 students from St. Jerome Catholic School. “You have to be alert at all times.”

Eighth-grade teacher Wendy Lockard said her own visit to Pearl Harbor last summer has helped her bring home to her students the history and lessons of the attack, in which almost 2,400 Americans were killed.

But so, too, did the memories carried by the veterans. Anthony Mozzott, 11, looked through a scrapbook brought to the lunch by former Army Air Corps member Edward Bloch, 86, a retired television engineer who lives in Bal Harbour.

“I saw pictures of him and his friends,” Mozzatt said. “They were bombed and shot at. It sounds scary and very confusing.”

At a ceremony today, survivors, including Mintz, James Lobozzo of Pembroke Pines and John Guarino of Boca Raton Click here for restaurant inspection reports, are expected to hear the watchword of alert sounded by Cary Krause, commander of the USS Cole, the Navy warship attacked in October 2000 in the harbor of Aden, Yemen, by al-Qaida terrorists. The Cole is docked at Port Everglades and sails Monday morning after a four-day visit.

Frank Rich is reminded of The Best and The Brightest, recalling the team that lead us into Vietnam, and wonders if there will be a replay, this time with the economy. 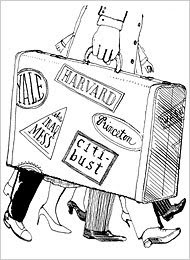 In the Obama transition, our Clinton-fixated political culture has been hyperventilating mainly over the national security team, but that’s not what gives me pause. Hillary Clinton and Robert Gates were both wrong about the Iraq invasion, but neither of them were architects of that folly and both are far better known in recent years for consensus-building caution (at times to a fault in Clinton’s case) than arrogance. Those who fear an outbreak of Clintonian drama in the administration keep warning that Obama has hired a secretary of state he can’t fire. But why not take him at his word when he says “the buck will stop with me”? If Truman could cashier Gen. Douglas MacArthur, then surely Obama could fire a brand-name cabinet member in the (unlikely) event she goes rogue.

No, it’s the economic team that evokes trace memories of our dark best-and-brightest past. Lawrence Summers, the new top economic adviser, was the youngest tenured professor in Harvard’s history and is famous for never letting anyone forget his brilliance. It was his highhanded disregard for his own colleagues, not his impolitic remarks about gender and science, that forced him out of Harvard’s presidency in four years. Timothy Geithner, the nominee for Treasury secretary, is the boy wonder president of the Federal Reserve Bank of New York. He comes with none of Summers’s personal baggage, but his sparkling résumé is missing one crucial asset: experience outside academe and government, in the real world of business and finance. Postgraduate finishing school at Kissinger & Associates doesn’t count.

Summers and Geithner are both protégés of another master of the universe, Robert Rubin. His appearance in the photo op for Obama-transition economic advisers three days after the election was, to put it mildly, disconcerting. Ever since his acclaimed service as Treasury secretary in the Clinton administration, Rubin has labored as a senior adviser and director at Citigroup, now being bailed out by taxpayers to the potential tune of some $300 billion. Somehow the all-seeing Rubin didn’t notice the toxic mortgage-derivatives on Citi’s books until it was too late. The Citi may never sleep, but he snored.

In our current financial quagmire, there have also been those who had the wisdom to sound alarms before Rubin, Summers or Geithner did. Among them were not just economists like Joseph Stiglitz and Nouriel Roubini but also Doris Dungey, a 47-year-old financial blogger known as Tanta, who died of cancer in Upper Marlboro, Md., last Sunday. As the Times obituary observed, “her first post, in December 2006, took issue with an optimistic Citigroup report that maintained that the mortgage industry would ‘rationalize’ in 2007, to the benefit of larger players like, well, Citigroup.” It was months before the others publicly echoed her judgment.

For some of J.F.K.’s best and brightest, Halberstam wrote, wisdom came “after Vietnam.” We have to hope that wisdom is coming to Summers and Geithner as they struggle with our financial Tet. Clearly it has not come to Rubin. Asked by The Times in April if he’d made any mistakes at Citigroup, he sounded as self-deluded as McNamara in retirement.

“I honestly don’t know,” Rubin answered. “In hindsight, there are a lot of things we’d do differently. But in the context of the facts as I knew them and my role, I’m inclined to think probably not.” Since that interview, 52,000 Citigroup employees have been laid off but not Rubin, who remains remorseless, collecting a salary that has totaled in excess of $115 million since 1999. You may be touched to hear that he is voluntarily relinquishing his bonus this Christmas.

Rubin hasn’t been seen in a transition photo op since Nov. 7, and in the end Obama chose Paul Volcker as chairman of his Economic Recovery Advisory Board. This was a presidential decision not only bright but wise.

– Doonesbury: The secrets of a successful president.