Mike Madden at Salon wants to know what’s happened with the $700 billion Congress authorized for the credit crisis bailout.

A lot of it is, apparently, just sitting in the bank. A Government Accounting Office audit released earlier this month showed the Treasury Department doling out buckets of cash: $15 billion for Bank of America, $45 billion for Citigroup, $3.5 billion to Capital One, nearly $6.6 billion to U.S. Bancorp. The feds were essentially taking out the trash — buying shares in various banks that had gotten themselves into trouble by issuing crappy mortgages using complicated formulas, assuming the cost of many of the mortgage-backed securities that were weighing down the balance sheets of every financial institution in the country. The feds were pumping money into these banks so they would feel free to make more loans — better, simpler, sounder loans. The epidemic of exploding mortgages and failing institutions would ease. But the banks did not start making new loans. They seemed to sit on their federal windfalls. And the Bush administration kept handing out more.

By the time Treasury had gotten around to giving $1.4 billion to Zions Bancorporation in Salt Lake City (which was originally founded by Brigham Young), before finding even a few hundred million bucks for actual homeowners struggling to make their mortgage payments, it was pretty clear that things weren’t working out exactly the way everyone in charge said they would. And as of a couple of weeks ago, Treasury had spent all but $15 billion of the first installment of the bailout money, and the administration may soon ask permission to tap into the second chunk, which they were supposed to leave for Barack Obama’s administration to disburse.

“It’s amazing how quickly you can get through $350 billion,” said Steve Ellis, vice president of Taxpayers for Common Sense, a budget watchdog group based in Washington. The problem with the way the money flowed out, from Ellis’ perspective, is that there’s no way to say what it’s done to stabilize the economy. “There is a black box where that checkbook is, and we can’t see into it,” Ellis said. “Once the money leaves Treasury’s hands, we have very little knowledge as to what the heck we’re getting for the billions of dollars.” 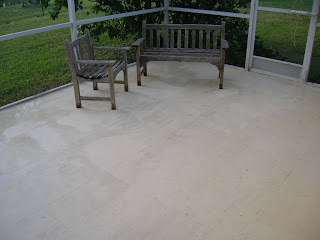 I’d settle for $50,000 in small unmarked bills in a brown paper bag left on the bench on my back patio so I can take care of some debts. Oh, and a candy-apple red 2009 Mustang GT convertible with leather interior. Nothing fancy.

As ironic as it may seem, during the campaign the Republicans were having a field day with the concept of “spreading the wealth,” saying that Barack Obama would lead us to socialism and financial irresponsibility if we gave government money to those who needed it, like homeowners in the form of helping them with their subprime mortgages. What they forgot to mention — or perhaps this was part of their plan all along — is that the Republicans are fine with spreading the wealth as long as it’s spread among the wealthy and you don’t have to tell anybody where it went or what it went for.