Twenty years ago this weekend I flew from Denver to Traverse City, Michigan, to pick up my new car. My dad had found it for me through his friend Ernie Pobuda, the owner of the Hertz used car sales office in Traverse City. My 1984 Subaru had been through some engine trouble the summer before, including a blown oil sender unit seal that nearly prompted a lawsuit with the dealer who had sold me an “extended warranty” that initially denied my claim that the seal was a part of the engine and drive train. So for $12,700 — $4,000 of which came from me selling the Subaru back to the dealer — I bought a fully-loaded 1988 Pontiac 6000 LE Safari station wagon with 5,846 miles on it.

When I arrived at the dealership, Ernie asked how much my one-way airfare from Denver to Traverse City was, and when I told him $200, he knocked that off the sale price of the car. I drove it off the lot that afternoon, and the next morning drove back to Colorado. I’ve been driving it ever since. 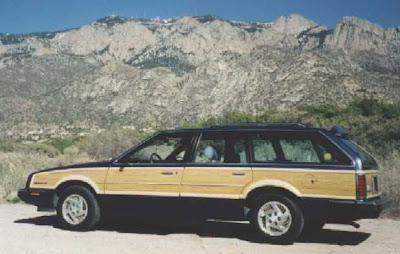 That picture was taken on the car’s tenth anniversary when I lived in Albuquerque (yeah, we don’t have mountains like that here in Florida). 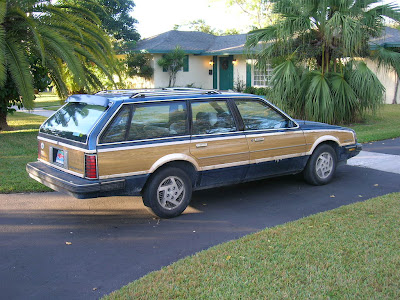 And this picture was taken this morning in my driveway. There are some more photos below the fold. 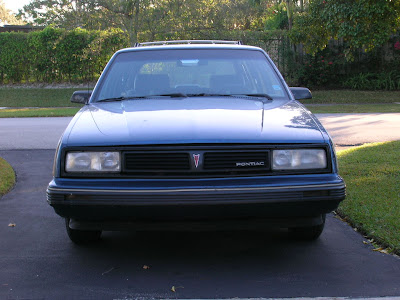 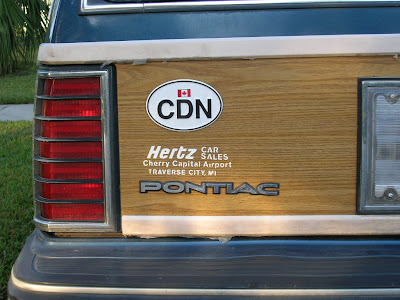 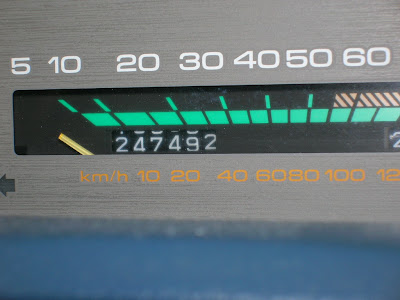 The “CDN” badge denotes the fact that the car was built at the GM plant in Oshawa, Ontario, making it a Canadian car, although it was built for sale in the U.S. The odometer reading was taken this morning, and yes, that’s 247,492 miles.

The Pontiac has been through the usual repairs and replacements that a car of that age is heir to. I’m on my third alternator, third water pump, second radiator, an entirely rebuilt air conditioning system to remove the old Freon system, second rack-and-pinion steering system, fifth (or is it sixth?) set of tires, and an oil change every 3,000 miles… to replace the oil that leaks out due to the fact that a car of that vintage — and its British commonwealth heritage — leaks oil. (It also might be due to the fact that thanks to the six years I lived in northern Michigan, with winters that get to -17 F, engine seals shrink when you don’t have a garage.)

I loved my Mustang, and I plan to get a new one pretty soon, but the Pontiac has been a reliable companion from Colorado to Michigan to New Mexico and Florida. It was the car we took Sam home in when he was six weeks old and just adopted, and the car he rode in on his last journey thirteen years later. It’s been in parades, it’s delivered windows and doors to job sites, and it’s survived brutal Michigan winters and Florida hurricanes. It’s just a car, but it’s been there when I needed it, and I’m still planning on restoring it to bring it back to looking like it did on that cold January afternoon twenty years ago in Traverse City when Ernie handed me the keys. And even if GM is thinking about killing off the Pontiac name, this one still has some miles in it.

12 barks and woofs on “A Long Road Trip”