We had perfect weather for the first day of the Art Deco Weekend on Ocean Drive on Miami Beach today; a little chilly to start, but it warmed up quickly, and the sun was out all day, which brought lots of people and a lot of great cars for the parade and the car show. I took a lot of pictures; here are just a few to give you an idea of what was on display. 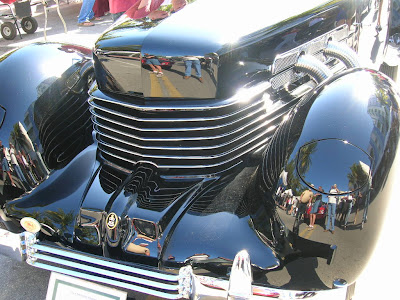 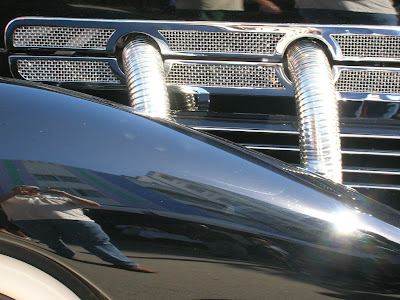 The supercharger pipes of the
1936 Cord 810 Phaeton 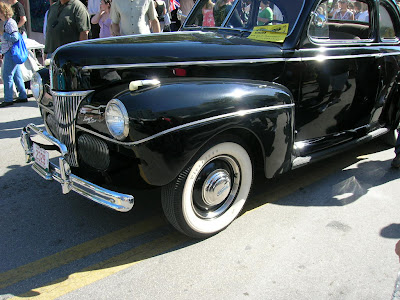 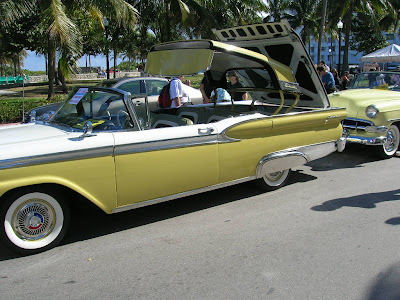 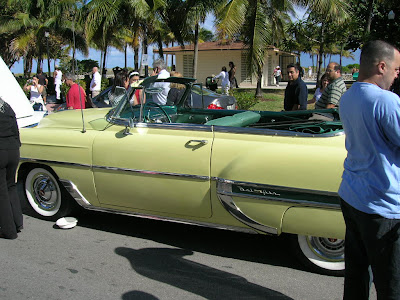 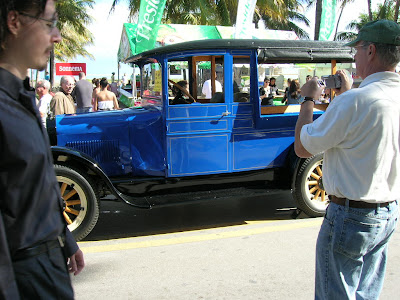 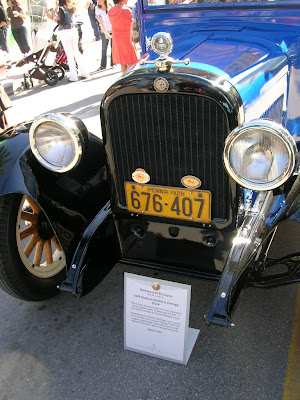 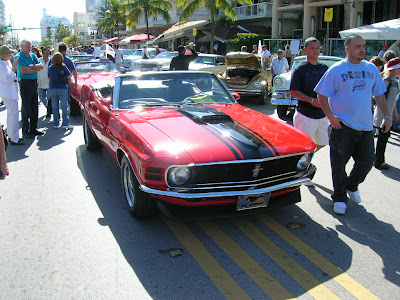 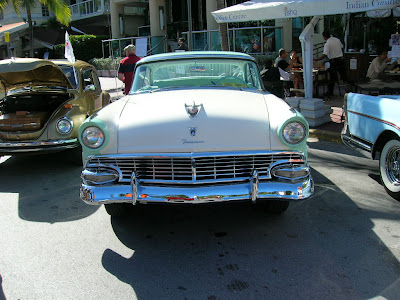 Some samples of Art Deco architecture along Ocean Drive: 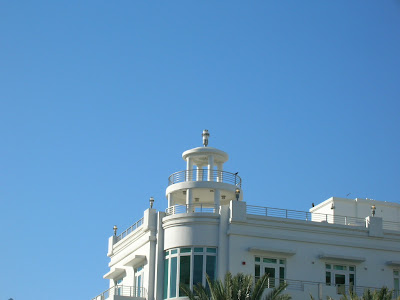 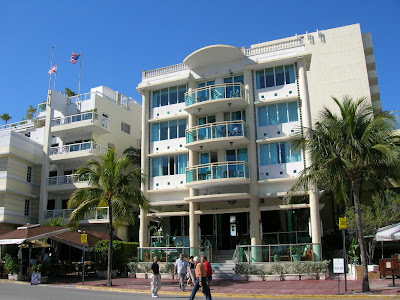 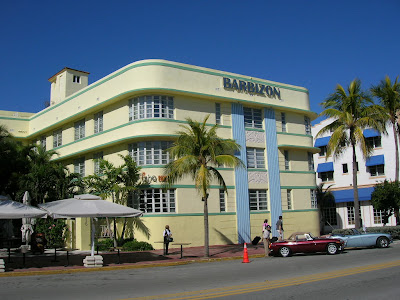 Plus some other attractions, like some of the men of the Miami Firefighters calendar. They were there as part of the parade to kick off the Festival, and to make sure that nothing got too hot…except them. 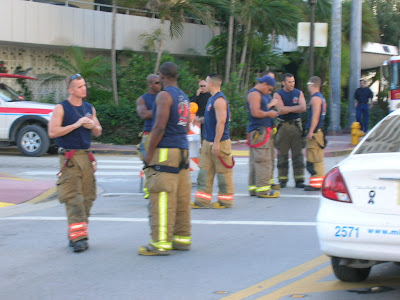