Exodus — A lot of people are leaving South Florida.

Like sunshine, ocean breezes and the Goodyear blimp, a steadily rising population has long been one of the dependable features of South Florida life.

We complained about congested streets and crowded classrooms but enjoyed the benefits of an economy buoyed by the constant arrival of new people to buy houses, eat in restaurants and pay taxes. But now there’s evidence the region may be facing an accelerating loss of population.

School enrollment dropped 6 percent in Broward and 1 percent in Palm Beach since 2005.

Experts disagree on whether the new numbers show a real population decline or simply indicate shifts in the demographic mix. They aren’t sure whether they’re the start of a long-term decline or are just a temporary response to a bad economy.

But any loss, or simply an end to growth, would have a big impact on an economy that for decades had counted on a continuing influx of people to sustain the construction industry, housing market and retail sales.

That would explain why the Florida Legislature is holding a special session starting tomorrow, and why they are planning to cut even more money from aid to education. 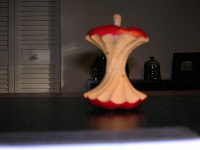 Barred from deficit spending by the state Constitution and firmly opposed to new taxes, the state’s Republican leaders are in a budgetary corner, forced to further constrict spending.

”Times are bad for Floridians,” said Senate Majority Leader Alex Diaz de la Portilla, R-Miami. ”We’re going to have to make decisions here that no one will really like.”

The next series of budget moves is probably only a stopgap measure and a prelude to what is seen as a bleaker regular session in March, when about $4 billion more in budget cuts will be needed to balance next year’s budget. Also due in March is a new revenue estimate that is expected to show continued flat-lining of Florida’s economy.

”Tough times require tough decisions,” House Speaker Ray Sansom, R-Destin, told his colleagues in a memo. ”They are the choices we must make.”

Gov. Charlie Crist has outlined a plan to cover the deficit with a combination of spending cuts and borrowing from state trust funds that are supposed to be reserved for particular programs.

The session is a test for an ideology championed by such Republican icons as Ronald Reagan and Jeb Bush that government is the problem, not the solution.

The state budget of $66.3 billion is about $6 billion less than it was a year ago, the largest year-to-year drop in state history.

But that doesn’t explain why the Republicans somehow feel they’re doing something right by being ideologically pure while they’re screwing over the kids in public education. 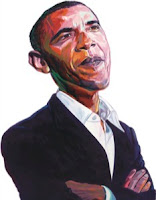 Warren turns out to be somewhat worse than I thought he was back when, a few months ago, I rashly likened him to Henry Ward Beecher. I hadn’t fully appreciated that he contends Jews and atheists are automatically hellbound, for example. Or that he has declared assassination admissible when used against “evildoers,” such as the president of Iran. Or that, while he says gays are welcome to attend services at his Saddleback megachurch, he doesn’t let them (closet cases excepted, presumably) become members. (He doesn’t let heterosexuals who are living together in “sin” join, either.)

Nevertheless, the invitation to Warren looks to me like another of Obama’s brilliant chess moves.

Warren, first of all, is much, much less of a jerk than, say, Pat Robertson or James Dodson [sic]. He is polite and civil to people who are polite and civil to him, even people who (like Obama) disagree with him on subjects like whether or not abortion and same-sex marriage should be illegal. He recognizes that global warming, environmental degradation, gross economic inequality, and poverty are actual problems, not just excuses for godless liberals to impose big government programs. He does not go on television to fleece the faithful with “prayer requests.”

The President-elect is doing what he has said he would do from the beginning: he is reaching across lines of identity and ideology. Remember those wonderful lines from the 2004 keynote? “We worship an awesome God in the blue states… and, yes, we have some gay friends in the red states.” (I don’t worship any gods, whether awesome or lame, but when Obama said this I didn’t feel in the least slighted.) In the case of the Warren invitation, the reaching across is neither more nor less than an expression of inclusion and respect in the context of a ritual of the American civic religion. It is not an offer to surrender or compromise some principle. It is not a preemptive concession in some arcane negotiation. If anything, it suggests that when and if he does negotiate with the Christianist right, he will negotiate from strength, not weakness.

Frank Rich — How can we miss Bush if he won’t go away?

The one indisputable talent of his White House was its ability to create and sell propaganda both to the public and the press. Now that bag of tricks is empty as well. Bush’s first and last photo-ops in Iraq could serve as bookends to his entire tenure. On Thanksgiving weekend 2003, even as the Iraqi insurgency was spiraling, his secret trip to the war zone was a P.R. slam-dunk. The photo of the beaming commander in chief bearing a supersized decorative turkey for the troops was designed to make every front page and newscast in the country, and it did. Five years later, in what was intended as a farewell victory lap to show off Iraq’s improved post-surge security, Bush was reduced to ducking shoes.

He tried to spin the ruckus as another victory for his administration’s program of democracy promotion. “That’s what people do in a free society,” he said. He had made the same claim three years ago after the Palestinian elections, championed by his “freedom agenda” (and almost $500 million of American aid), led to a landslide victory for Hamas. “There is something healthy about a system that does that,” Bush observed at the time, as he congratulated Palestinian voters for rejecting “the old guard.”

The ruins of his administration’s top policy priority can be found not only in Gaza but in the new “democratic” Iraq, where the local journalist who tossed the shoes was jailed without formal charges and may have been tortured. Almost simultaneously, opponents of Prime Minister Nuri al-Maliki accused him of making politically motivated arrests of rival-party government officials in anticipation of this month’s much-postponed provincial elections.

Condi Rice blamed the press for the image that sullied Bush’s Iraq swan song: “That someone chose to throw a shoe at the president is what gets reported over and over.” We are back where we came in. This was the same line Donald Rumsfeld used to deny the significance of the looting in Baghdad during his famous “Stuff happens!” press conference of April 2003. “Images you are seeing on television you are seeing over, and over, and over,” he said then, referring to the much-recycled video of a man stealing a vase from the Baghdad museum. “Is it possible that there were that many vases in the whole country?” he asked, playing for laughs.

The joke was on us. Iraq burned, New Orleans flooded, and Bush remained oblivious to each and every pratfall on his watch. Americans essentially stopped listening to him after Hurricane Katrina hit in 2005, but he still doesn’t grasp the finality of their defection. Lately he’s promised not to steal the spotlight from Barack Obama once he’s in retirement — as if he could do so by any act short of running naked through downtown Dallas. The latest CNN poll finds that only one-third of his fellow citizens want him to play a post-presidency role in public life.

Final Bow — A lot of shows on Broadway are closing.

Live theater has a built-in bittersweetness born of its ephemeral nature. The magic is here and now, and then it’s gone forever — or at least until the next revival. (And remember, enthusiasm for a revival is often met with a cluck-clucking sound and an indulgent smile from those who were around for the first production.) That’s why being present at the moment when a work of achieved art passes into history can be inordinately moving, a reminder that beauty itself is mostly an evanescent thing in life.

But it’s almost always thrilling, too, because the energy level at a final performance is usually roof-raising. Long runs can be wearying to actors — even those who consume only sensible amounts of sushi, unlike that unfortunate, mercury-riddled Jeremy Piven — but the valedictory atmosphere of a show’s last weeks brings out the best in most. (In case you haven’t been up on your theater-world gossip, Mr. Piven recently exited the Broadway revival of “Speed-the-Plow” after a doctor said he had mercury poisoning.)

Sometimes the original stars of acclaimed productions, who have long since moved on to other things, return to close out the run, as both Mr. Fierstein and his co-star Marissa Jaret Winokur — Tony winners both — have done at “Hairspray.” Before I lived here, I recall making a special trip to New York to catch Stockard Channing’s indelible turn in John Guare’s “Six Degrees of Separation” after she rejoined the play in its final months. (I had previously seen Kelly Bishop — quite marvelous, too — in the role.)

Among the more extraordinary last performances I’ve caught was the final afternoon at August Wilson’s underappreciated “Gem of the Ocean,” at which the blazing intensity of the acting seemed to catch the entire audience up in its inspiring spell. As I left I overheard Halle Berry express condolences over its closing to the director in a tone of wondering mystery that such a thing could come to pass.

It always comes to pass, of course, for hit and flop alike, just not usually in the collective numbers we’re seeing this month. (Not all the closings can be chalked up exclusively to the gloomy economy; some were limited runs, and some are long-running hits that were approaching their ends anyway.)

The sad superabundance of farewells to choose from obviously places limits on the number of last goodbyes theater lovers will be able to squeeze in this month. On Sunday alone you’ve got nine choices. It is haunting to think that that there could be more shows closing on that day alone than there will be running on Broadway by the time the Tonys roll around in June.