Here are a couple of gems of automotive history. 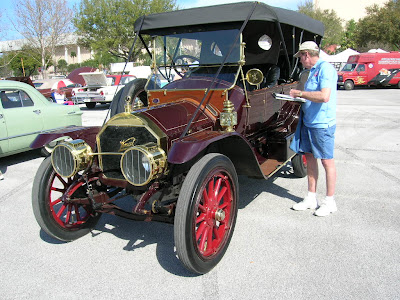 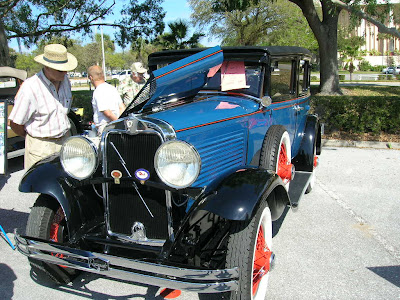 1929 Roosevelt
Until I went to the show in Lakeland yesterday, I had no idea either of those brands were built.

Find out about them below the fold.

The Knox automobile was built in Springfield, Massachusetts, between 1900 and 1914. It had an air-cooled engine, and this particular model that we saw at the show was a six-passenger tonneau, which was the basic style for most cars from the Brass Era. It’s a beauty. (Footnote: Springfield was also home to another car factory; Rolls-Royce built cars there in the 1930’s.)

The Roosevelt was built by the Marmon Motor Car Company of Indianapolis. Marmon built fast cars that competed with Cadillac and Packard, and the Roosevelt, which was built for two model years — 1929 and 1930 — was intended to reach a wider market by being more affordable than the Marmon. I guess at the time, Teddy Roosevelt, who had been dead for ten years, was considered to be a populist. His cousin Franklin D. Roosevelt was four years away from entering the White House when this car was built. If you look closely at the logo under the radiator cap (click the picture to embiggen), you’ll see that it’s the iconic profile portrait of Mr. Roosevelt.

I wonder if anyone in 1929 owned both a Franklin and a Roosevelt and garaged them next to each other….

As I said, I thought I had heard of just about every car brand built in the U.S., but one of the joys of going to a national meet is seeing something you’ve never heard of before and finding out about them.

Oh, and for all you retro rock fans, here’s the real REO Speed Wagon: 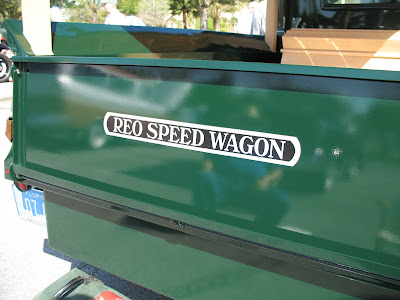 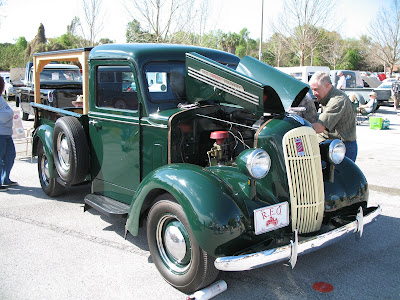 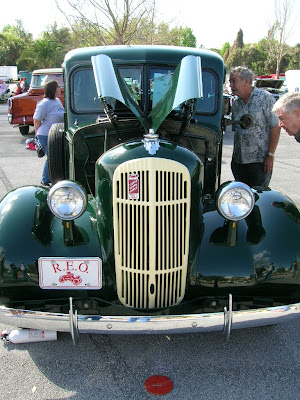 REO — the car company — was started by Ransom E. Olds after he sold his Oldsmobile brand to General Motors. Since he couldn’t call it the “Oldsmobile,” he used his initials. The car was called the REO, pronounced “Rio,” not R-E-O like the rock group. The band was more interested in music than cars, I suppose… or else they didn’t want to get sued by REO, which was still building trucks up until 1975.

(HT to Bob for the top two REO pictures.)