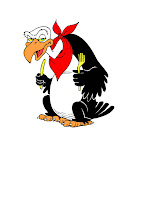 “Before it’s all over, it’ll be called the Ted Kennedy Memorial Health Care bill,” Limbaugh said.

What a classy guy, right up there with Sen. Jim Bunning (R-KY) who warned his fellow Republicans that President Obama would nominate a liberal Supreme Court justice because Ruth Bader Ginsburg would be dead within nine months. (Justice Ginsburg countered that she’s “alive and well.”)

I’ll be the first guy to defend someone’s right to make a joke out of something; I live by the Mel Brooks axiom that there is nothing that can’t be made fun of. But that also requires a sense of timing and judgment. And if you make a living as a comedian, as Mr. Limbaugh claims to be, then it’s crucial to know that. So either he’s woefully unaware of the basics of making a joke, or he’s just cruel. (As for Mr. Bunning, he wasn’t making a joke, which makes him just pathetic.)