Jeff Greenwald compares the persona of President Obama and Spock. 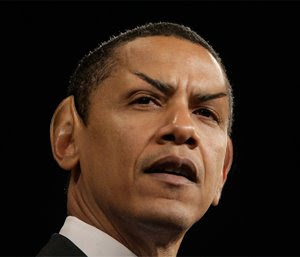 Spock has been on many minds lately, and not entirely because of the new film. Big thinkers in both print media and the blogosphere — from New York Times columnist Maureen Dowd to MIT media moguls — have referenced the Enterprise’s science officer in recent months, drawing parallels between the dependably logical half-Vulcan and another mixed-race icon: Barack Obama.

They’re not just talking about the ears. For those of us who watched the show in the 1960s (or during the countless reruns since), Nimoy’s alter ego was the harbinger of a future in which logic would reign over emotion, and rational thought triumph over blind faith. He was a digital being in an analog world; the Pied Piper who led our generation into the Silicon Age.

Anyone who followed the early “Star Trek” with regularity knows how charismatic Spock was. If there were two characters I wanted to be as a young man, they were Spock — and James Bond. Both displayed total self-confidence, and amazing problem-solving skills. Both traveled to exotic destinations, and were irresistible to women. And both shared a quality that my generation lacked completely: composure.

While Bond had his weaknesses (anything in a bikini), Spock was virtually unflappable. The most startling marvels in the cosmos were “fascinating.” Disasters were “unfortunate,” perhaps even “tragic.” The raised eyebrow, the lifted chin, the vaguely sarcastic mien — these were coins of the realm to my pubescent friends. How did we weather the terrors of grade school, and survive the irrational outbursts of parents and teachers and parents? By invoking Spock. Who served as our logical, enlightened counterpoint to the madness of the late 1960s? Who else but Spock?

Like Spock, part of what makes Obama so appealing is the fact that although he’s an outsider — “proudly alien,” as Leonard Nimoy once put it — he uses that distance to cultivate a sense of perspective. And while we’re drawn to Spock’s exotic traits — the pointy ears, green blood and weird mating rituals — we take comfort in his soothing baritone, prominent nose and ordinary teeth.

And I’ll bet he could dispatch Rush Limbaugh with a well-placed nerve pinch.

PS: Lest you think that Vulcans are all of one color, may I remind you of Lieutenant Commander Tuvok.