As the Gallup Poll reports, the GOP is losing voters across the board. 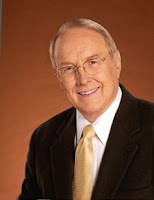 The decline in Republican Party affiliation among Americans in recent years is well documented, but a Gallup analysis now shows that this movement away from the GOP has occurred among nearly every major demographic subgroup. Since the first year of George W. Bush’s presidency in 2001, the Republican Party has maintained its support only among frequent churchgoers, with conservatives and senior citizens showing minimal decline.

This is not surprising given the trajectory that the party has taken since 2001, moving further to the right and basically turning off even those who support the basic ideas of the party but find themselves being shunned because they’re not True Believers.

It’s really tempting to indulge in Schadenfreude even as those of us who suffered through it remember the Democratic Party’s same identity crisis in the early 1970’s when they had their own crop of True Believers. The difference, though, is that the Democrats’ self-destruction didn’t result in the tantrums and bullying, not to mention one of their presidential hopefuls launching into middle school doggerel.

As ‘noz puts it, it’s fascinating.

i think the fascination is due to the fact that it is completely contrary to how i have grown to see the republican party over the past decade. even as i disagreed with most of their policies, they were always the ones who had their shit together. they weren’t very good at governing, but they were brutally effective at winning elections. meanwhile, the democrats could always be counted on to be in total disarray. the dems are still kind of a mess, but all of a sudden the republicans have managed to somehow out-dysfunction them. i never would have thought that possible!

I am a great believer in the ebb and flow of political movements, and I have no doubt that the Republicans will find their way back. But I don’t know how.