Frank Rich: We can’t move on. 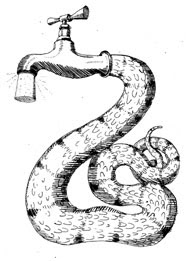 To paraphrase Al Pacino in “Godfather III,” just when we thought we were out, the Bush mob keeps pulling us back in. And will keep doing so. No matter how hard President Obama tries to turn the page on the previous administration, he can’t. Until there is true transparency and true accountability, revelations of that unresolved eight-year nightmare will keep raining down drip by drip, disrupting the new administration’s high ambitions.

That’s why the president’s flip-flop on the release of detainee abuse photos — whatever his motivation — is a fool’s errand. The pictures will eventually emerge anyway, either because of leaks (if they haven’t started already) or because the federal appeals court decision upholding their release remains in force. And here’s a bet: These images will not prove the most shocking evidence of Bush administration sins still to come.

There are many dots yet to be connected, and not just on torture. This Sunday, GQ magazine is posting on its Web site an article adding new details to the ample dossier on how Donald Rumsfeld’s corrupt and incompetent Defense Department cost American lives and compromised national security. The piece is not the work of a partisan but the Texan journalist Robert Draper, author of “Dead Certain,” the 2007 Bush biography that had the blessing (and cooperation) of the former president and his top brass. It draws on interviews with more than a dozen high-level Bush loyalists.

Draper reports that Rumsfeld’s monomaniacal determination to protect his Pentagon turf led him to hobble and antagonize America’s most willing allies in Iraq, Britain and Australia, and even to undermine his own soldiers. But Draper’s biggest find is a collection of daily cover sheets that Rumsfeld approved for the Secretary of Defense Worldwide Intelligence Update, a highly classified digest prepared for a tiny audience, including the president, and often delivered by hand to the White House by the defense secretary himself. These cover sheets greeted Bush each day with triumphal color photos of the war headlined by biblical quotations. GQ is posting 11 of them, and they are seriously creepy.

Take the one dated April 3, 2003, two weeks into the invasion, just as Shock and Awe hit its first potholes. Two days earlier, on April 1, a panicky Pentagon had begun spreading its hyped, fictional account of the rescue of Pvt. Jessica Lynch to distract from troubling news of setbacks. On April 2, Gen. Joseph Hoar, the commander in chief of the United States Central Command from 1991-94, had declared on the Times Op-Ed page that Rumsfeld had sent too few troops to Iraq. And so the Worldwide Intelligence Update for April 3 bullied Bush with Joshua 1:9: “Have I not commanded you? Be strong and courageous. Do not be terrified; do not be discouraged, for the LORD your God will be with you wherever you go.” (Including, as it happened, into a quagmire.)

What’s up with that? As Draper writes, Rumsfeld is not known for ostentatious displays of piety. He was cynically playing the religious angle to seduce and manipulate a president who frequently quoted the Bible. But the secretary’s actions were not just oily; he was also taking a risk with national security. If these official daily collages of Crusade-like messaging and war imagery had been leaked, they would have reinforced the Muslim world’s apocalyptic fear that America was waging a religious war. As one alarmed Pentagon hand told Draper, the fallout “would be as bad as Abu Ghraib.”

I’m not a fan of Washington’s blue-ribbon commissions, where political compromises can trump the truth. But the 9/11 investigation did illuminate how, a month after Bush received an intelligence brief titled “Bin Laden Determined to Strike in U.S.,” 3,000 Americans were slaughtered on his and Cheney’s watch. If the Obama administration really wants to move on from the dark Bush era, it will need a new commission, backed up by serious law enforcement, to shed light on where every body is buried.

Ready, Fire, Aim — The conservatives are ready to raise a row — and money — no matter whom President Obama nominates to the Supreme Court.

If President Obama nominates Judge Diane P. Wood to the Supreme Court, conservatives plan to attack her as an “outspoken” supporter of “abortion, including partial-birth abortion.”

If he nominates Judge Sonia Sotomayor, they plan to accuse her of being “willing to expand constitutional rights beyond the text of the Constitution.”

And if he nominates Kathleen M. Sullivan, a law professor at Stanford, they plan to denounce her as a “prominent supporter of homosexual marriage.”

Preparing to oppose the confirmation of Mr. Obama’s eventual choice to succeed Justice David H. Souter, who is retiring, conservative groups are working together to stockpile ammunition. Ten memorandums summarizing their research, obtained by The New York Times, provide a window onto how they hope to frame the coming debate.

The memorandums dissect possible nominees’ records, noting statements the groups find objectionable on issues like abortion, same-sex marriage, the separation of church and state and the propriety of citing foreign law in interpreting the Constitution.

While conservatives say they know they have little chance of defeating Mr. Obama’s choice because Democrats control the Senate, they say they hope to mount a fight that could help refill depleted coffers and galvanize a movement demoralized by Republican electoral defeats.

“It’s an immense opportunity to build the conservative movement and identify the troops out there,” said Richard A. Viguerie, a conservative fund-raiser. “It’s a massive teaching moment for America. We’ve got the packages written. We’re waiting right now to put a name in.”

It’s almost like the right wing is more interested in raising money than they are in actually discussing the merits of the nominee. What a shock.

One of the issues the Court will face is the question of marriage equality.

“It is now the flash point where politics and law meet. That flash point used to be abortion. I don’t think anybody thinks that’s going to be the flash point in this nomination,” said William A. Jacobson, a Cornell University law professor and conservative blogger.

Sen. Orrin G. Hatch (Utah), another GOP member of the Judiciary Committee, said conservatives are particularly eager to avoid a Supreme Court ruling akin to the 1973 Roe v. Wade decision, which legalized abortion nationwide and has divided the country ever since. “I don’t think members of the court, or any of us, ever want to see a decision like that again,” Hatch said. Obama assured the senator in a recent meeting that he will not pick a “radical” to replace Souter, but Hatch added: “Presidents always say that. That’s why we have the hearing process.”

Same-sex marriage gained national resonance in the wake of last month’s Iowa Supreme Court ruling that legalized the practice in that state. And in the two weeks since Justice David H. Souter announced his retirement, Maine also legalized same-sex marriage, becoming the fifth state to do so; the New Hampshire legislature sent a marriage-equality bill to the governor; the New York State Assembly approved gay-marriage legislation; and the District of Columbia voted to recognize same-sex marriages performed elsewhere.

Those actions, in so short a time, have outstripped the ability of Democrats in Washington to stake out their public position on the issue.

Obama has said that he personally opposes same-sex marriage, based on his Christian faith, but the White House said after the Iowa ruling that the president “believes that committed gay and lesbian couples should receive equal rights under the law.”

Most Republicans and Democrats — Obama included — agree that individual states should determine their own marriage laws. But Congress complicated that process by approving the Defense of Marriage Act.

Rushed through by Republicans and signed by President Clinton on the eve of the 1996 election, the law allows states to ignore marriages performed in other states and denies federal recognition of legal gay marriages.

Under that law, same-sex couples are barred from receiving a long list of federal benefits — more than 1,100. Justice Samuel A. Alito Jr., the most recent addition to the Supreme Court, acknowledged during his January 2006 Senate hearing that “several constitutional doctrines seem to be implicated” in the legislation, including the “full faith and credit” clause that compels states to honor judgments by other state courts. Legal scholars differ on the clause’s application to gay marriage, Alito noted, and “that’s an issue that may well come up within the federal courts” and is “almost certain to do so.”

It’s more than a little ironic — not to mention hypocritical — that many Republicans and conservatives can’t see the implications of privacy and equality in the text of the Constitution when it comes to such issues as reproductive choice and same sex marriage, yet they are able to discern the Founding Fathers’ thoughts when it comes to allowing the president to set aside habeas corpus or the Fourth Amendment on his say-so. You would think that if they can find the intent for the president to become a military dictator in a time of war, they would get the concept of equal protection under law as it is explicitly stated in the Fourteenth Amendment.

Rest Easy: It’s still not a crime in Florida to have sex with animals, tattoo artists don’t need a note from home, and you won’t be able to get a license plate with Jesus on it. At least not this year.

Legislation that failed to pass during regulation time of the 2009 session of the Florida Legislature would have:

Negated a Florida Supreme Court ruling and restored the ability of theme parks and other businesses to use parental waivers to avoid liability for injury or death by children due to risky activities such as motor sports, bungee jumping and horseback riding.

Made it a crime to have sex with animals.

Increased the minimum value of stolen property needed for a felony grand theft conviction from $300 to $600 to keep up with inflation.

Made it a third-degree felony for tattoo artists to ink up minors without first getting parental consent.

Created one specialty license plate with the image of Jesus and another with a cross.

On the other hand, they did a lot for Miami-Dade County:

With a record budget deficit, this was a year legislators went home with little to brag about.

Unless they were from Miami-Dade.

During the legislative session that ended on May 8, Dade lawmakers found money for a medical school at Florida International University at a time when higher education was being cut.

They inserted last-minute language into the budget that gave local school boards the opportunity to temporarily raise property taxes to cover funding shortfalls.

They tucked a provision into an 11th-hour gambling deal to the shuttered Hialeah Park racetrack, and they put plans for a $1 billion Port of Miami tunnel back on track after state transportation officials had declared the project dead.

”I’d be hard pressed to name a county that did better than we did,” said Rep. Juan Zapata, a Miami Republican and Dade delegation chairman. ”In a very difficult year, I think we had some significant successes.”

Lawmakers traveled to Tallahassee with a $6 billion budget hole. Even with money from the federal stimulus package shrinking the deficit to $3 billion, legislators had to look to new fees and service cuts to close the gap.

To give school districts more funding flexibility, lawmakers included a provision in the budget to allow school boards to increase property taxes by a rate of about $25 per $1,000 in taxable value.

To keep the tax hike, voters will have to sign off on it in the 2010 general election.