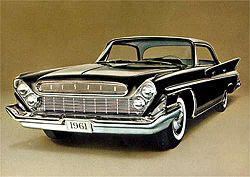 In case you’re not keeping track, the latest evil plot that Barack Obama is cooking up is buried in the Chrysler bankruptcy: by shutting down over 700 dealerships, he’s exacting revenge against car dealers who gave money to the GOP in the 2008 election. OMG; has the man no shame?

Yeah, that would work except, as Nate Silver at FiveThirtyEight points out, there’s little flaw in the logic:

Nobody has bothered to look up data for the control group: the list of dealerships which aren’t being closed. It turns out that all car dealers are, in fact, overwhelmingly more likely to donate to Republicans than to Democrats — not just those who are having their doors closed.

It shouldn’t be any surprise, by the way, that car dealers tend to vote — and donate — Republican. They are usually male, they are usually older (you don’t own an auto dealership in your 20s), and they have obvious reasons to be pro-business, pro-tax cut, anti-green energy and anti-labor. Car dealerships need quite a bit of space and will tend to be located in suburban or rural areas. I can’t think of too many other occupations that are more natural fits for the Republican Party. Unfortunately, while we are still a nation of drivers, we are not a nation of dealers.

Maybe they should move along to the next hush-hush conspiracy: a vast majority of Democrats voted for Barack Obama in last year’s election. What’s up with that?