John L. Perry, a columnist at Newsmax suggests that a military coup against President Obama is not “unrealistic.” 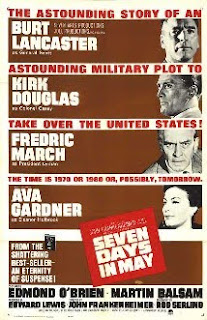 Will the day come when patriotic general and flag officers sit down with the president, or with those who control him, and work out the national equivalent of a “family intervention,” with some form of limited, shared responsibility?

Imagine a bloodless coup to restore and defend the Constitution through an interim administration that would do the serious business of governing and defending the nation. Skilled, military-trained, nation-builders would replace accountability-challenged, radical-left commissars. Having bonded with his twin teleprompters, the president would be detailed for ceremonial speech-making.

Military intervention is what Obama’s exponentially accelerating agenda for “fundamental change” toward a Marxist state is inviting upon America. A coup is not an ideal option, but Obama’s radical ideal is not acceptable or reversible.

It’s ironic that just a brief seven years ago to even suggest that the President of the United States was playing fast and loose with both the Constitution and the laws was to invite accusations of treason. Now here is Mr. Perry advocating exactly that. Oh, it’s not treason, he protests — in order to save the nation we must destroy it. Aside from the fact that any general or flag officer who tried it would be in violation of any number of laws, including their own oath of office, the idea is so fraught with lunacy that there really isn’t any point in discussing it, other than to marvel at how reasonable Mr. Perry makes it sound. Hey, it’s no big deal. Generals do it all the time.

It’s Mr. Perry that needs the intervention, preferably with those nice quiet muscular guys in the white coats from Bellevue. And where is Kirk Douglas when we need him?

Update: Newsmax has taken the column off its site and issued a statement that says, in part, “Newsmax strongly believes in the principles of Constitutional government and would never advocate or insinuate any suggestion of an activity that would undermine our democracy or democratic institutions.” As for Mr. Perry, they say hardly know him: “He has no official relationship with Newsmax other than as an unpaid blogger.” Really? He’s been writing a weekly column for them since 1999 and is listed on their directory along with other columnists and luminaries like Ben Stein and Grover Norquist.