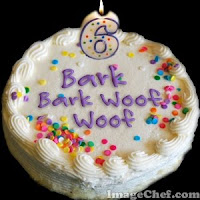 It all started with this short little post back on Saturday, November 8, 2003, when, after a few years of reading blogs by people whose opinion I respected and writing I admired, such as Josh Marshall at Talking Points Memo, Atrios at Eschaton, and being prompted by NTodd at Dohiyi Mir, I took the plunge. Now, three residences, three computers, two Mustangs, two presidents, one brilliant template makeover, and just shy of 10,000 posts with only one* not written solely by me, here we are.

It’s not the biggest blog in the world, but I didn’t set out to make it that. It’s not the most insightful blog, either; I’m prone to leave the heavy and granular analysis to those with far more background and understanding of politics and the backstage mechanics of what goes on in the places where Important People make decisions that touch the lives of each of us. Ironically for a theatre scholar, I am happy to be in the audience and just observe and make smart-ass comments. I have my passions such as basic human dignity and equality for all citizens, including those of us who are gay, and I hope that in some small way, I’ve made more people aware of them.

I’ve made a lot of great friends through this little blog and, probably to their regret, become a contributor to two very important blogs; Shakesville and The Reaction. I’m humbled and honored to be a part of them and make my voice heard in those communities which represent a far larger world than what I see from the suburbs of Miami.

And then there’s you, the reader. I try to remember that every post isn’t for me, it’s for you. Obviously I write about things I care about, including theatre, cars, Tiger baseball, gay rights and responsibilities, and some of the silly things that make us all inevitably and infallibly human, but I hope I never forget that you’re out there and I can learn what’s important from you. Thanks for being there; I couldn’t do it without you.

So, as I say every year at this time: Let’s keep going. What’s next?

*That occurred during one of the hurricanes in 2005 when I turned the keys over to Brian for one post to update the world on how I was doing.