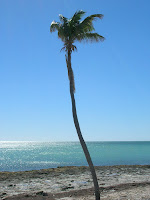 Kevin Madden, the former spokesman for Mitt Romney, told John Roberts of CNN that he thinks President Obama is making a mistake by vacationing in “a foreign place” — Hawaii.

MADDEN: President Obama right now has suffered very greatly in the last few months because of the fight over health care, and he has very little political capital right now. So Republicans feel it is in vogue to criticize this president.

And then lastly, you have to also remember the fact that the president being on vacation in Hawaii, it’s much different than being in Texas. Hawaii to many Americans seems like a foreign place. And I think those images, the optics, hurt President Obama very badly.

Later, when he was told that Hawaii is a state (and has been for half a century), he changed his tune slightly:

…to many Americans, Hawaii seems like this very tropical place, and the optics of many of these reporters reporting about the president’s response with surfers behind them is much different.

It should also be noted that Hawaii is the president’s home state, and he has the birth certificate to prove it.

So the president should take a vacation because of what might be politically popular? How stupid would that be?

Imagine what would happen if he decided to vacation in The Conch Republic.