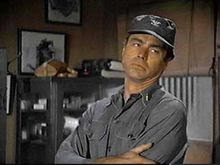 Former Vice President Dan Quayle thinks that the media is out to get the teabaggers.

Since the very first tea party gatherings, the national news media has covered this movement in the only way it knows how — as something grubby, impertinent and possibly dangerous. Of course, in any movement, violence and unlawful behavior are always to be condemned without reservation. But attempts to portray the tea partiers as a surly mob have the contrived feel of a political strategy.

We got an early glimpse of that strategy a year ago. Asked in April 2009 about the tea party protests, Obama’s top political adviser offered this view: “Anytime that you have severe economic conditions,” David Axelrod said, “there is always an element of disaffection that can mutate into something that’s unhealthy.”

Suggestions of this kind aim to marginalize millions of voters, activists and community organizers seeking change in a democratic way. If this were a liberal crowd, they wouldn’t be getting grief from Washington — they’d probably be getting funding.

This goes along with the theory of Lew Rockwell, who claims that the YouTube video of the teabaggers in Ohio taunting the man with Parkinson’s disease were “agents” sent from — where else — Washington, D.C. to make the tea party movement look bad.

[R]ecent Tea Party people who allegedly denounced a Parkinson’s patient or spat at gay and black congressmen might well have been agents. Offensive signs might be Made in DC too. Next might come calls for violence by alleged Tea Party types, and perhaps acts, which can be used to suppress dissent. Peaceful resistance is not only right, it is all that works, unless you are with the state. If anyone urges the use of violence, the state’s characteristic action, he is probably an agent.

Well, in a way, he’s right; there were some people who work for the government who were egging the protesters on; Rep. Michele Bachmann, for one.

The beauty of conspiracy theories and the people who believe in them is that you can never prove them wrong; even when you give them absolute provable evidence, they dismiss it as just more proof of the depth and cleverness of the plot. As Mr. Quayle (who is a permanent reminder that we should all be grateful that George H.W. Bush was in excellent health thanks to government-run healthcare during his term in office) aptly demonstrates, the Culture of Victimhood is still alive and well and is the driving force behind the Tea Party movement. It also absolves the tea-partiers who go along with the “agents” of any responsibility for the racism and homophobia because they’re just simple people showing their true feelings (and spelling doesn’t count); they’re being used by the “agents” to make the whole lot of them look bad.

Except there’s one little flaw in that logic: if the liberals and the Obama White House were that good at manipulating people, we would have gotten single-payer healthcare, all the guns would have been confiscated, and Barack Obama would have been declared President for Life before Sarah Palin even thought about quitting her job half-way through her term. How come that didn’t happen? Oh… wait… all that stalling and compromising and clumsiness from the Democrats was just a plot to lull the unsuspecting GOP into a false sense of security, and then, BAM! I see it all so clearly now.

(Photo: The late Edward Winter as the immortal Colonel Flagg.)