Ezra Klein points to an interesting set of maps at The Fourth Branch. The first one is the map of states that receive more federal money than the they pay in taxes: 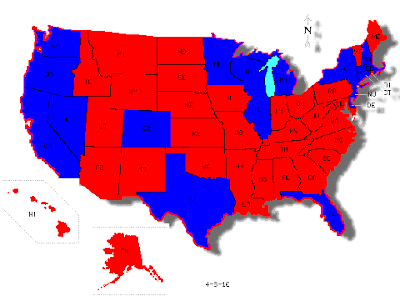 If that looks familiar, perhaps this will refresh your memory: 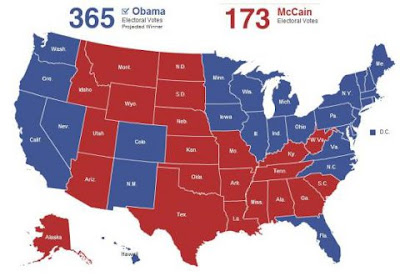 There is a very strong correlation, then, between a state voting for Republicans and receiving more in federal spending than its residents pay to the federal government in taxes (the rust belt and Texas being notable exceptions). In essence, those in blue states are subsidizing those in red states. Both red and blue states appear to be acting politically in opposition to their economic interests. Blue states are voting for candidates who are likely to continue the policies of red state subsidization while red states are voting for candidates who profess a desire to reduce federal spending (and presumably red state subsidization).

Or, to put it more succinctly, the red states where they’re carrying on about how high their taxes are are the ones who have been the first hogs to the federal trough, and the blue states are enabling them.