Last week I had trouble with one of my contact lenses, in that it disappeared. At first I thought I lost it, but upon further investigation, it turned out that in the rush to get ready for work (and perhaps a sign of progressive absent-mindedness) I had put both lenses in one eye. Hilarity ensued.

I took the opportunity, though, to schedule an eye exam, and also to change eye doctors since I had moved away from my previous “eye-care professional,” as he billed himself. My new doctor and I share something in common; we were both students at the University of Miami and have some mutual acquaintances from those days. He checked my vision (all’s good at least in terms of health), but my lenses were so badly made that one — the left one — had caused my cornea to form a ridge, which added to my vision impairment. He took me off the left lens completely, leaving me with only correction for my right eye. That’s actually not a bad thing since thanks to my strabismus, I don’t use both eyes together. Since I am far-sighted in one eye and near-sighted in the other, I can use them independently and have as close to normal vision as a person could hope for at my age. I still need the drugstore readers for work since we use a lot of fine print. But I’m down to wearing only one contact lens now, and it’s working out fine.

So basically I’m wearing the modern version of a monocle, joining some pretty interesting company in that fashion statement… 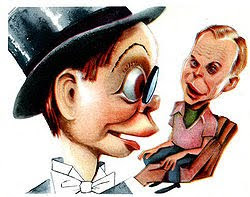 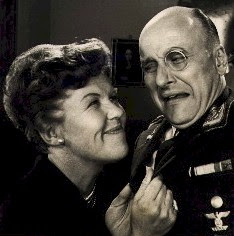