Cue up the Beach Boys…. 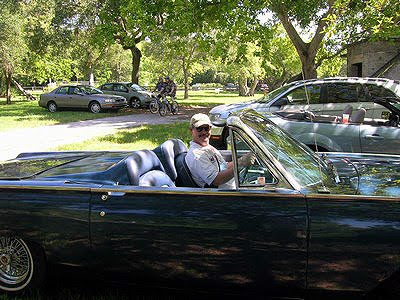 This is me at our car club picnic a couple of weeks ago sitting behind the wheel of a very nice 1962 Ford Thunderbird convertible. My dad had a ’61, tobacco brown with a white top, and it’s not just for nostalgic reasons that I think the 1961-1963 generation of T-birds was the best-looking after the first generation 1955-1957’s.

I got to do one thing with this T-bird that I was never able to do with my dad’s, which he sold three years before I got my license, and that’s drive it. True to the cars of that era, it floated along like a boat, treating the bumps in the road like gentle swells. Thunderbirds were never considered to be sports cars or have the handling of them; the only way it competed with the Corvette was in engine size. But it was — and still is — a great-looking car.

Thanks, Felipe, for the little ride down memory lane.

Update below the fold.

Here’s the type of T-bird the FC was talking about. 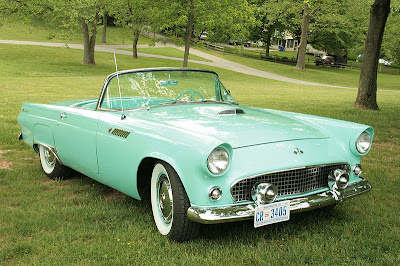