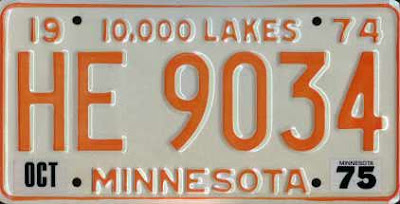 When I moved to Minneapolis to start grad school in September 1975, I decided to replace my 1973 Ford F-100 pickup with something else. I wasn’t crazy about driving it in Minnesota’s famous winters; being a rear-wheel drive vehicle, it didn’t handle snow all that well unless it was fully loaded, and the four bags of cement in the back didn’t help. Also, it had developed a shimmy in the front end from time to time that was so bad it once jerked the wheel out of my hands. The Ford dealer diagnosed it as warped rotors on the disc brakes and tried to fix them — under warranty — but to no avail. So a couple of weeks after arriving in Minneapolis, I stopped by Ridgedale Ford and saw a used two-door 1975 Ford Granada on their lot. It was red with a three-speed manual transmission and no A/C, but with the trade-in the price was right and it handled pretty well on ice and snow. Yes, I did look at a Mustang, but a Mustang II (which was based on the Pinto) was out of my price range.

In those days in Minnesota the license plates stayed with the car, so for the first time I had a different state’s plates on my car.

There’s a little history with me and Minneapolis in that my father was born and raised there. My grandfather died when I was seven, so my memories of him are fleeting, but our family went to Minneapolis in December 1964 to celebrate my grandmother’s eightieth birthday. I met uncles and relatives for the first time and I have vivid memories of the house on Fremont Avenue South close to Lake Harriet. My grandmother died in 1967 and the house was sold, but one of the first things I did in my new car was to drive by the house. I knocked on the door, introduced myself, and was treated to a tour by the nice people who owned it. Even with a new family living there, I could still recall the memories of my childhood visits, right down to the special scent of the attic and the backyard where my grandfather had kept his bird-feeders. It was a nice way to make a connection with my new town.