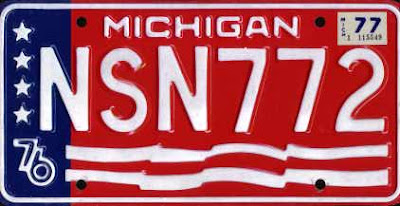 When I got back from New Mexico in August 1978, once again I was looking for a job and maybe a career. I still kept pounding the pavement, so to speak, to find a teaching job, but by August most of the vacancies had been filled, so I went up to our place in Northport, Michigan to visit friends and family.

I’d always had an interest in radio broadcasting, so just for the heck of it I dropped off my resume at a station in Traverse City. The news manager was a nice guy but he didn’t have any openings, and I figured that was it and I would go back to Perrysburg and maybe see about getting a job working for the corporation my dad was with. But the next morning I got a call from a guy named Michael Bradford. He was the general manager of a new radio station in Frankfort, a town about sixty miles away, and he was looking for a news director. We set up a meeting at a restaurant in Frankfort. I told him that while had a lot of experience as a writer, I had no background in reporting or journalism. But he said he liked my voice and after going out to the station — located in a modular home on the top of a hill amongst apple orchards — and showing me around, he had me do an air check into a tape recorder. Without much ceremony, he offered me the job. The station wasn’t even on the air yet and the salary was ridiculously low — I had made more running a chairlift in Santa Fe — but my ego won out and I took it. A few weeks later I found a little house to rent on the shores of Crystal Lake and in the middle of October, the station — WBNZ — went on the air. (I remember that my first news broadcast covered the election of Pope John Paul II.)

My job was to rip, run, and read the hourly news from the AP, gather local news, and produce a weekly public affairs interview program called “Close Encounters.” The music format of the station was what they called “Easy Adult Contemporary,” which meant it was a lot of B-sides of hits by the Eagles and some of the lesser-known groups from the mid-’70’s (anyone remember Gino Vannelli?). We also covered local high school sports, doing live broadcasts of the Frankfort and Benzie Central football and basketball games with a retired sports broadcaster from Traverse City.

I decided that living in northern Michigan with its legendary winters and my need to get out and cover news in all kinds of weather, it was time to get rid of the Granada and go with something that could handle it. My brother found a 1974 Jeep Wagoneer for sale at Hawthorne AMC/Jeep in Toledo. It was brown, it had 50,000 miles on it, and I could get it for about $5,000. It had a huge gas-sucking V-8, cruise control, and for the first time I had a vehicle with air conditioning. I got a decent trade on the Granada, and drove back to Frankfort ready to cover the news.

(PS: It was Michael Bradford who used the term “bark bark woof woof” instead of “et cetera, et cetera.” Now you know the rest of the story.)