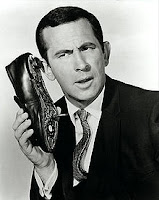 A conservative activist known for making undercover videos plotted to embarrass a CNN correspondent by recording a meeting on hidden cameras aboard a floating “palace of pleasure” and making sexually suggestive comments, e-mails and a planning document show.

James O’Keefe, best known for hitting the community organizing group ACORN with an undercover video sting, hoped to get CNN Investigative Correspondent Abbie Boudreau onto a boat filled with sexually explicit props and then record the session, those documents show.

The plan apparently was thwarted after Boudreau was warned minutes before it was supposed to happen.

“I never intended to become part of the story,” Boudreau said. “But things suddenly took a very strange turn.”

O’Keefe is best known for making a series of undercover videos inside ACORN offices around the country in 2009. The 40-year-old liberal group was crippled by scandal after O’Keefe and fellow activist Hannah Giles allegedly solicited advice from ACORN workers on setting up a brothel and evading taxes.

The videos led to some of the employees being fired and contributed to the disbanding of ACORN, which advocated for low- and middle-income and worked to register voters.

But prosecutors in New York and California eventually found no evidence of wrongdoing by the group, and the California probe found the videos had been heavily and selectively edited.

I don’t think he even comes up to the level of Maxwell Smart.