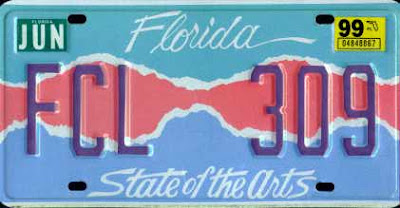 As much as I love New Mexico, I still had tropical fever. Starting in 1993 when we still lived in Michigan, Allen and I went to the Caribbean island of Montserrat for vacation, and after we moved to Albuquerque, we came to Florida, making our first trip to Key West in 1997 and then to the Caribbean island of Tobago in 1998. After we separated in 1999, I came back to Florida on vacation, spending Thanksgiving with my friend Brian in Boynton Beach and a few days in the Keys. In 2000, while spending a couple of days in Key West, I saw a want-ad on TV from the local school district for an English and drama teacher. It was one of those moments where you suddenly see the light, and I did. I had never let go of the idea of being an educator, and when I got back to Albuquerque I contacted my teacher placement agencies.

By February 2001 I was back in Miami being interviewed by a private school. In April I was offered a job. I put the house on the market, and on July 31, in the middle of a driving thunderstorm, Sam and I left Albuquerque, bound for Miami. The moving van with most of my furniture and belongings had left an hour ahead of me. Forty-eight hours later we arrived in Miami, again in a driving rainstorm, and my new life as a teacher was about to begin.

Florida has over 100 specialty license plates, but the “State of the Arts” plate seemed like the right one for a theatre teacher, so when I finally got around to registering the Pontiac, that’s the one I got. It looks good on the Pontiac and it supports the arts here in Florida.