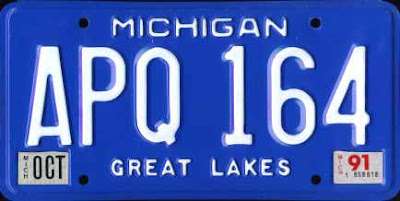 When I moved to Boulder in 1982, I could pretty much fit all of my worldly possessions into the back of my 1974 Jeep Wagoneer. But in the span of eight years I acquired a partner — Allen — along with a lot of furniture and a dog — Sam. I had also lived in five different places ranging from an apartment on the Hill in Boulder to a two-bedroom house in Longmont, and had three different cars, not to mention my first antique: a coral-pink 1959 Buick LeSabre. I’d also worked a slew of jobs ranging from administrative assistant to the swing shift at a magazine subscription service and waiting tables at a small-town cafe in Lyons.

I also found that the job market for a newly-minted Ph.D. in theatre was about as promising as the job market for shepherds. By the summer of 1990, both Allen and I were working three jobs each and still struggling. My parents had moved from Ohio to northern Michigan and Dad started a window and door business, and he offered me a job working out of the company’s branch office in Petoskey. We jumped at the chance, and in September, we moved — lock, stock, and Buick — to the northwoods. We found a nice little rental house in town and Allen landed a job with a hotel in town that coincidentally had been a ski trip destination for my family for many years. And we braced ourselves for Winter.

I’d grown up in temperate climates, where winter was a fact of life; after all, my first adventure in year-round living in northern Michigan had taught me well. But Petoskey is really in the Snow Belt. That first winter we got over 14 feet of snow, along with temperatures that got down to -17 F. Sam, who was not much larger than Toto, learned how to tunnel his way out into the backyard to do his business.

But the long winter made us really appreciate the spring and summer up there. There’s a reason northern Michigan is a travel destination in the summer: the days are warm without being too hot, and the long winter nights become long summer days. There is the lake for boating and sailing, the woods for hiking, and the natural beauty that rivals Colorado and the West. In many ways I miss living there…except I don’t think I’ll ever get used to cold weather again.