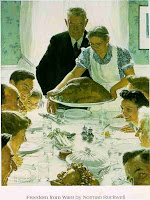 It’s going to be a good Thanksgiving for two friends of mine. After nearly a year of waiting, they have finally cleared the red tape and signed all the papers to make the adoption of their son final and should be heading home soon.

TARAZ, Kazakhstan — He was first placed into their arms nearly a year ago, an underweight 9-month-old baby in a gray sweatshirt. They were at an orphanage behind a crumbling housing project here in Central Asia, unimaginably far from their home in suburban Philadelphia, but immediately, they knew that they did not want to let him go.

They decided to call him Noah.

“He seems like the right little guy for us,” Rebecca Compton, a college professor, wrote as she and her husband, Jeremy Meyer, a labor lawyer, began what they thought would be a standard adoption process.

But these days in Kazakhstan, Russia and other former Soviet republics, adoptions are often far from standard, especially in light of the highly publicized — and deeply embarrassing — return of a 7-year-old Russian boy to Moscow in April by his adoptive American mother.

Ms. Compton and Mr. Meyer assumed they would soon be flying back to the United States with Noah. Then the delays mounted. Kazakh officials refused to sign off on the adoption.

Yet, Ms. Compton and Mr. Meyer would not give up.

They took leaves from their jobs, remaining in Kazakhstan for months on end while engaging in a bewildering fight with the Kazakh bureaucracy. It was not until last week, after setting aside their lives to pursue a child whom they now deeply loved, that they finally learned whether they could adopt him — whether this Thanksgiving would be a day of joy or despair.

Last week, they received final approval, and on Friday they walked out of the orphanage with a new, by now 20-month-old member of their family. They are hopeful that other foreigners who have also had Taraz adoptions blocked will obtain similar relief.

Ms. Compton and Mr. Meyer have to remain in Kazakhstan for a few more weeks, but they said they were fine celebrating Thanksgiving in a foreign land, given how much they had to be thankful for.

They noted that the holiday reminded them of Noah’s Kazakh name, Aldanysh. Loosely translated, it means “survivor.”