Gary Bauer, who even when he’s happy comes across as a whiny brat, has a piece entitled “If Christians Were Treated Like Muslims”, and then details how all the liberal elites — which apparently is anyone who doesn’t agree with his views of morality and sanctimony — treat Christians as if they were second class citizens and let Muslims get away with everything. 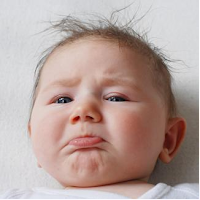 If Christianity were treated like Islam in America, our president, a professed Christian, would proudly attend Christian-themed dinners and events while skipping Ramadan dinners, not vice versa. And Muslim politicians would go out of their way to assure people that their faith would not affect their policy-making.

If Christianity were treated like Islam, Christmas and Easter would be publicly celebrated for what they are — the signature events of Christianity, marking the birth and the death and Resurrection of Christ — not stripped of all their theological meaning and transformed into secular holidays devoted to crass consumerism.

Sadly, Christians will never be treated like Muslims by America’s elites. Why? Because Christianity can be attacked without fear of retribution. The Christian response to insult and attack — “to turn the other cheek” — contradicts the knee-jerk call to violence of many Islamists.

It’s also because left-wing elites and radical Islamists are united in the common cause of upending the Judeo-Christian culture and roots of American society.

You can almost hear him stamping his feet and holding his breath until he turns blue.

If, as Mr. Bauer contends, the Muslims were truly treated with kid gloves here in America, no one would object to building a community center near Ground Zero or even notice it. They wouldn’t be harassed for wearing their clothing the way they see fit any more than the Amish would about their hats or the Jewish men their yarmulkes. A Muslim could get on an airplane and read his Koran without getting any more attention than the little old lady from Miami who runs through her rosary before take-off. And if Christians were treated like Muslims, bigots would get on Fox News and demand that building permits for the next evangelical megachurch be banned until we’re sure that not all the members are planning to blow up the nearby Planned Parenthood Office or get assurances from the membership and clergy that they’re not going to demonstrate at a soldier’s funeral with signs that read “God Hates Fags.”

Mr. Bauer does not represent all Christians by any stretch of his imagination. There are plenty of Christians who find his brand of holier-than-thou religion to be just as elitist and radical as the people he claims are out to destroy Christianity in America. Those Christians are out to call bullshit on him and his band of ignorant tight-asses who profess their faith by shaming and scorning others, and he has no more right to claim to speak for the Christians in America than I claim to speak for the Quakers or the agnostics or the Pastafarians.

Mr. Bauer and his gang have done far more damage to Christianity in America than all the left-wing elites and radical Islamists ever could.

HT to Rick at SFDB for the picture.