This is what they’re worrying about in the Senate? 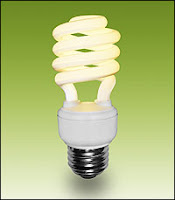 The humble light bulb became a lightning rod for philosophical differences in the Senate on Thursday — a debate so vitriolic that while the focus was supposed to be on more efficient bulbs the talk went as far off-topic as abortion.

“You favor a woman’s right to abortion but not a woman or man’s right to a light bulb,” Sen. Rand Paul, R-N.Y., told an Obama administration official from the Energy Department testifying about the savings to consumers and the environment of energy standards.

“You’re really anti-choice,” he added, saying he supported a bill to repeal those standards.

“I find it insulting,” Paul said, calling federal officials “busybodies” trying to tell Americans what to do.

“Where’s this country gone?” echoed Sen. Jim Risch, R-Idaho. “The government trying to fix this? That’s not going to happen.”

Paul, Risch and some of the other Republicans on the Senate Energy Committee argue the standards will do away with the traditional incandescent light bulb.

The standards have been around since 2007 and were endorsed by President Bush, so I guess the light didn’t come on for Mr. Paul until now.

By the way, you can still buy incandescent bulbs if you want to or need them. So I guess Mr. Paul is just trying to grab the limelight, but all we’re seeing is that he’s not really bright.